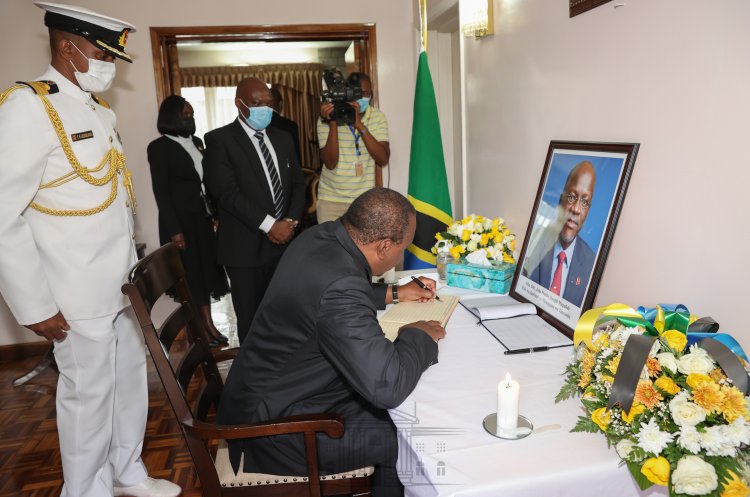 While speaking, President Uhuru Kenyatta termed the late Tanzanian President John Pombe Magufuli as a great friend, a visionary leader, and a hard-working President who wanted the best for Eastern Africa.

President Uhuru through Tanzania's Ambassador to Kenya said he is going to support President Samia Suluhu Hassan to accomplish the will of the late President Magufuli.

Acting Chief Justice Philomena Mwilu said they were saddened by the sudden demise of President Magufuli who passed away during the "lent" time in the catholic religion.

Other leaders accompanying the President included CS Magret Kobia, Chief of Staff, and Head of Civil Service Joseph Kinyua Among others.