UK to Investigate Claims of Russian Chemical Attack in Ukraine

The UK government is trying to verify reports that Russia has used chemical weapons in an attack in the besieged Ukrainian city of Mariupol, London's top diplomat said on Monday. 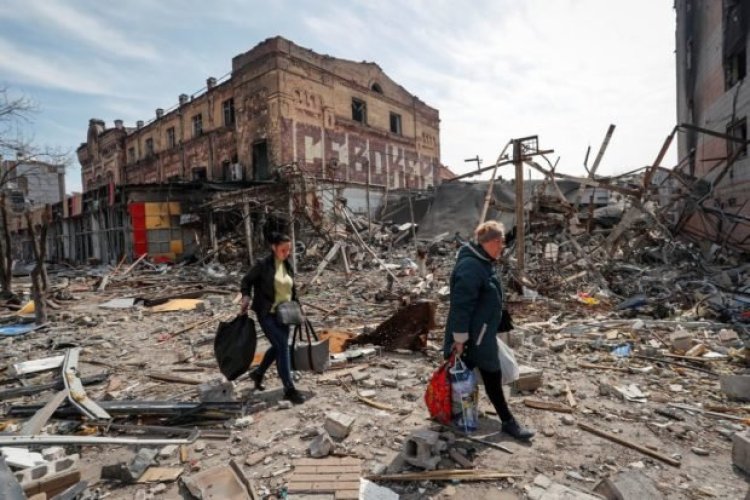 Officials have previously expressed concerns that Russia, finding its February 24 invasion of its neighbor grinding into a protracted conflict, could resort to more extreme measures, including chemical weapons.

"Reports that Russian forces may have used chemical agents in an attack on the people of Mariupol. We are working urgently with partners to verify details," UK Foreign Secretary Liz Truss wrote on Twitter.

"Any use of such weapons would be a callous escalation in this conflict and we will hold Putin and his regime to account."

Ukrainian lawmaker Ivanna Klympush said Russia had used an "unknown substance" in Mariupol and that people were suffering from respiratory failure. "Most likely chem. weapons!" she tweeted.

On messaging app Telegram, an aide to the Mariupol mayor wrote that a chemical attack "is not currently confirmed".

"We are waiting for official information from the military," Petro Andryushchenko wrote.

Earlier on Monday, Ukraine's Azov battalion claimed a Russian drone had dropped a "poisonous substance" on troops and civilians in Mariupol.

The force also claimed that people were experiencing respiratory failure and neurological problems.

"Three people have clear signs of poisoning by warfare chemicals, but without catastrophic consequences," battalion leader Andrei Biletsky later said in a video message on his own Telegram channel. He accused the Russians of using chemical weapons during a strike on the city's large Azovstal metallurgical plant.

AFP was unable to verify the claims.

A strategic port located along the Sea of Azov, Mariupol has been besieged for weeks and Ukrainian forces are warning of its imminent fall.

US Pentagon Press Secretary John Kirby said on Monday night that Washington was aware of reports of a chemical attack in the strategic city, but could not confirm them.

"These reports, if true, are deeply concerning and reflective of concerns that we have had about Russia's potential to use a variety of riot control agents, including tear gas mixed with chemical agents, in Ukraine," he said.

Spanish man Detained for Killing and Eating his Mother