Many Kenyans have since praised the former VP over his humility expressed through acting in the skit. 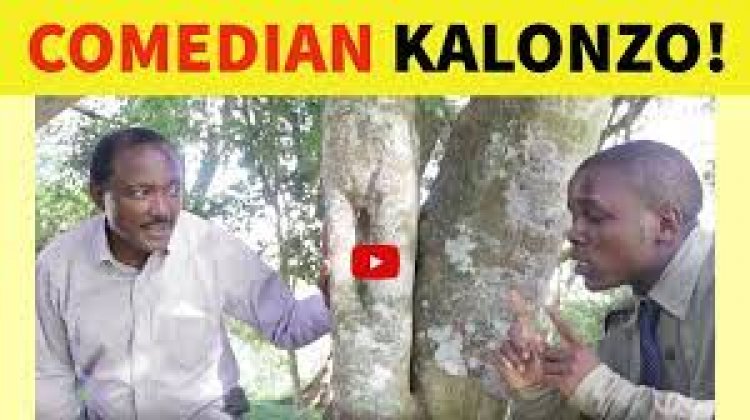 A screenshot of the skit between H.E Kalonzo Musyoka and comedian Kennar. [Photo/ Courtesy]

Former Vice President (VP) Kalonzo Musyoka is known by many as a politician, father, legal expert, patron, husband, and also a diplomat.

However, what many citizens didn't know is that the VP can also very well fit in the comedy industry. The secret came out openly following a short clip that comedian Crazy Kennar posted on his Facebook recently.

In the short clip, the former VP plays the character of a betrayer. Together with Kennar, the two can be seen planning on how to deceive their teacher.

The two agree to fix the teacher on duty as to why they were absent in class, and why they did not submit the Mathematics assignment on time.

Unfortunately, a teacher spots them and demands to know why they were outside at such a time. Confident with what the two had agreed, Kennar steps forward to tender 'their' lies as planned.

It is at that moment when Kennar learns that his friend Kalonzo was already in class, and worst of all, he had submitted his assignment scoring a 75%.

The skit ends up with Kennar having to face the punishment alone. This clip has caught the public attention with many describing Kalonzo's role as exactly what has been ongoing in the political arena.

Although, the initial agenda of the clip was to promote Kenyan artists.

"Uhuru is the True Hustler, He Wants To Save Kenyan Kids...

Oscar Sudi Harshly Responds To Uhuru Over Calls for Ruto...