Trainers from the 30 wards representing different polling stations in Nyeri county unanimously agreed to support  a training conducted by Wahome Wamatinga on the registration of UDA party membership.

Wamatinga, the  UDA party Nyeri county Coordinator, said that he was impressed by the dedication the team exhibited. 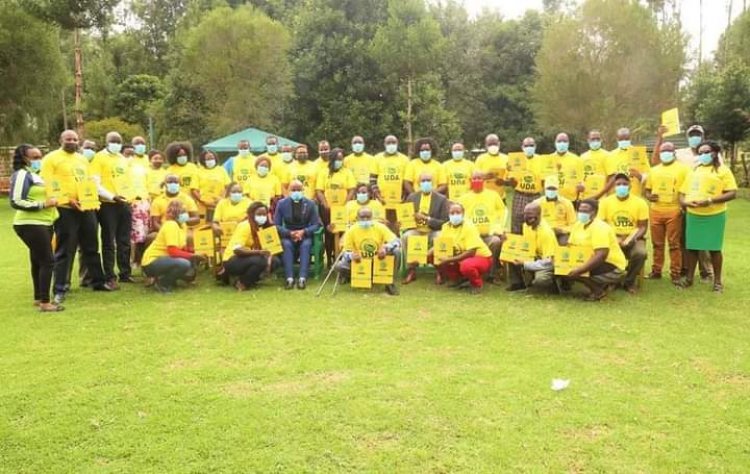 He added ascertained that he will see to it that the party remains strong and stable as the country nears the 2022 general elections.

“I was impressed by the dedication exhibited by the team. I remain committed to ensure that the party remains strong and stable as we gear towards the next general election,” he said.

After the registration of the members there will be an election of officials by the party that will be done from the polling stations.

This, according to Wamatinga, will ensure that the party is strengthened by allowing members to participate in decision making.

The UDA party Philosophy is that every Kenyan citizen matters and deserve a chance on the table of decision making and through the party, Kenyans of all walks of life shall have the opportunity to contribute to National building and better their lives and the lives of future generations!

Rapist in Kitui Defiles and Poisons Two Minor Girls, One...