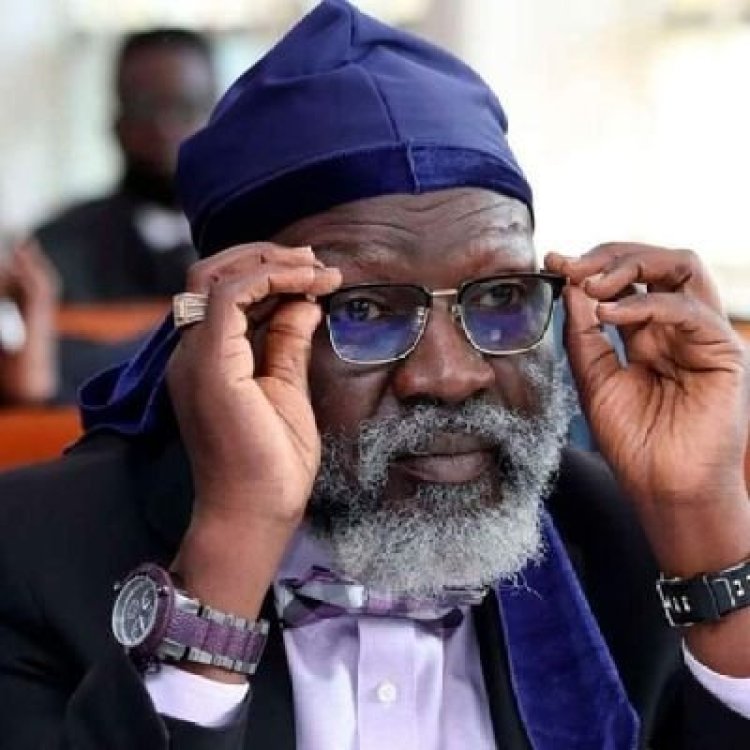 According to the Party Spokesperson & Head of Media -Roots Party, Jaymo Ule Msee stated that they had not endorsed any Candidate.

“We would like to categorically state that we have a presidential candidate who is on the Ballot and will win this Election. We have not and will not endorse any other candidate.”

Jaymo Ule Msee advised his supporters to disregard the rumor adding that their party leader Wajakoyah is still on the ballot.

"Our attention has been drawn to a viral video dip showing our Presidential Candidate Prof George Wajackoyah on the campaign trail addressing his supporters at an entertainment joint.

Whereas our party leader addressed his supporters accorded the other three presidential candidates some level of respect," the statement read.

It further read, "We would like categorically state that we have a presidential candidate who is on the ballot and will win this Election.

We have not and will not endorse any other candidate. The notion that Wajakoyah has endorsed Raila Odinga is a hopeless imagination and wishful thinking that only exists in the minds of biased media.

We understand the various political camps have panicked over their expectations vs reality in this elections."

This clarification comes barely hours after a viral video seen by Bright Kenya news of Wajakoyah praising Raila Odinga adding that he deliberated the country through his suffering.

"Because of that, man (Raila). The man whose tears come out every day because of what happened to him in jail, including me. I am here to join liberators. And the person I look at, the person who makes me stand here is none other than Raila Odinga," he said.

According to the manipulated video, DP Ruto was heard saying derogatory words to the Western, Nyanza, and Central attendees.

According to sources, DP William Ruto had a campaign rally in Uasin Gishu County on August 1 where he met his supporters as he campaigned. The manipulated video was later released on August 2.

Additionally, the manipulated video was shared by Suna East Member of Parliament Junet Mohamed and the Governor of Mombasa County, Ali Hassan Joho on their Twitter account. Their sharing further sparked a lot of reactions from Kenyans on Twitter as some termed it as a way to incite Kenyans to get into violence.

"What a shame for a deputy president of a county of many communities to speak like this," part of the tweet read.

On 3rd August Interior Cabinet secretary, Fred Matiang`i stated that his security team is firm enough to provide evidence and sustain prosecution for crimes that are conducted by Politicians.

"We will be ready as security sector to provide evidence to sustain prosecution for crimes that are conducted by leaders" Matiangi Speaks on how his security teams are preparing to aid in the prosecution of political leaders engaged in divisive rhetoric.#Matiangi #NCIC #China pic.twitter.com/V3tmTca4VP

"Our Security team is now under firm instructions to ensure that we document accurately and effectively. We will record every reaction and utterances of the politicians". Matiang`i stated.

What to Know About Raised Bed Gardening