The county is expected to receive rainfall that is above the normal limits, a scenario that may cause disaster in areas prone to landslides. 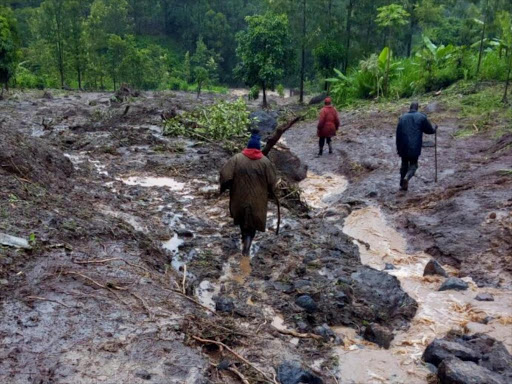 A landslide that swep away three farms in Gitugi, Mathioya sub county in Murang'a county on Saturday, April 28, 2018. /THE STAR

The onset of the March-May long rains may trigger a barrage of landslides in parts of Murang'a County, according to new warnings by the Kenya Meteorological Department.

The county is expected to receive rainfall that is above the normal limits, a scenario that may cause disaster in areas prone to landslides.

Murang'a County meteorological director, Paul Murage, noted that upper zones of the county will receive more than 1,000 mm of rain in the next season which is expected to start between March 15 and 20, 2021. 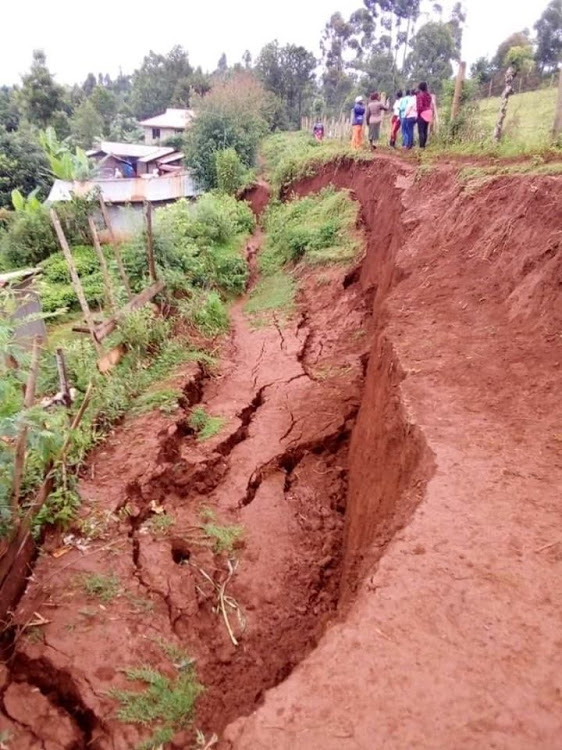 The upper zones include areas such as Wajerere, Kigumo, Tuthu, and Kahatia, highlighted as those likely to experience landslides as the soils are still wet.

He added that the earth cracks that surfaced in some areas of the county are still widening, indicating that after a heavy downpour the cracks may also cause disaster.

“Murang’a County is expected to receive above-normal rains but unfortunately the rains will be poorly distributed. Heavy downpour has been a cause of disaster in this county for the past years and we want local residents to be careful and to look out for any possible landslide,” added Murage when he addressed the media at the Gitugi area of Mathioya Sub-County on Monday, February 22.

The lower parts of the county like Makuyu, Ithanga, and Kakuzi will likely be hit by floods.

“Ndakaini is 97 percent full, so we expect spillage once a few days after rains onset. Spillage of the dam may cause floods in parts of Ithanga so people living near rivers should be on alert,” he added.

During the next rainy season, lower parts of Murang’a which usually receive rains of not more than 500 mm, are likely to receive between 500mm and 700mm. Middle zones of parts like Kahuro, Maragua, and Murang’a town will receive between 700mm-1000mm.

The upper zone of the county which is prone to landslides will receive more than 1000mm of rain with residents being cautioned to be alert and move to safe areas if they note anything which may trigger landslides.

Murang'a County is amongst counties such as Nairobi, Nyeri, Kirinyaga, Kiambu, Meru, and other highland areas expected to receive above-average rainfall during that period.

A Church in Kinangop Lost Massive Property To Thieves

A Kiambu Man Has Been Charged With Smuggling 108 Ethopians