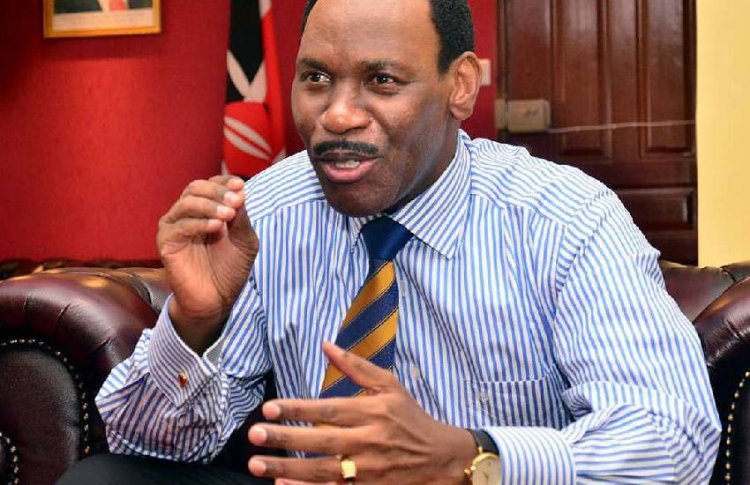 What Ezekiel Mutua had to say on Shaffie's matter.

Following the matter where Homeboyz radio presenters were suspended after they made insensitive sentiments against women in a morning show.

Mutua has condemned Shaffie Weru and his co-hosts Neville Musya and Dj Joe Mfalme for what he termed as despicable. He went ahead and blamed media houses for employing unqualified people with irresponsible behavior.

"It's time for us to redefine who a journalist is and the qualifications for working on radio stations...

"The withdrawal of advertising by EABL and the suspension of the culprits for the unfortunate slur on women and promotion of Gender-Based Violence is a painful lesson for all, but befitting!" he said.

There are different judgments from fans and others who conquered with him regarding this statement.

"By the way, majority of not all those who work at CNN, BBC, The New York Times, The Economist, et al didn’t go to any media school. They are lawyers, economists, doctors, and political scientists. None of the top anchors or writers studied journalism. It could be why they lead." Donald Kipkorir; a city lawyer added.

Gibson Amenya weighed in the saying that no media house is ready to invest in training its personnel.DJs and clowns have been prioritized over professional journalists who earn less than the required payments.

Donald Kipkorir added that: The subject of whether or not those hired in newsrooms should be journalists is still unanswered.