In a video seen online by this publication, Tanzanian singer and song-writer, Zuhura Othman Soud, better known by her stage name Zuchu has confirmed to be in a romantic relationship with her fellow Tanzanian bongo star, Nasibu Abdul Juma Issack, popularly known by his stage name Diamond Platnumz. 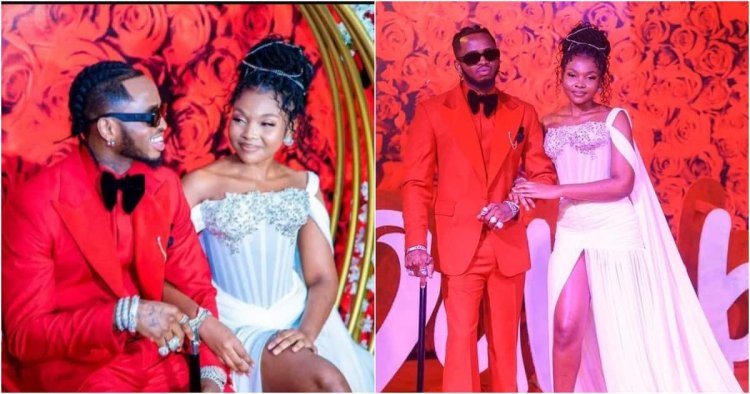 Early this year, Diamond confirm that the claims of their romantic relationship were true and that they started dating in December 2021 before they made the bold move of formalizing their relationship albeit in secret.

Taking to his Instagram account, Diamond's cousin, Romy Jones also confirmed that the duo had a secret wedding in Dar es Salaam.

In September 2022, Zuchu's mother, Veteran Taarab singer Khadija Kopa revealed that she had questioned about her romantic relationship with her boss, Dimond but she denied stating that Diamond was only her boss.

“I have asked her and she has insisted that Diamond is nothing more beyond her boss so I believe her because I am also an artist and I understand these things so I just can’t give away my daughter minus having been duly paid dowry for,” Zuchu's mother stated.

The two have been seen performing at several events together and even taken a vacation to Paris. Diamond has also been seen on several occasions spoiling Zuchu as he splurges on expensive shopping, a coffee date at one of those street Cafes of Paris, and tours of all the city's hotspots, including the Eiffel Tower and Arc de Triomphe.

The 95th Academy Awards Set To Take Place On March 2023