The County Government of Bomet has awarded a four-year scholarship to 250 underprivileged students from Bomet County who excelled in the 2021 KCPE. 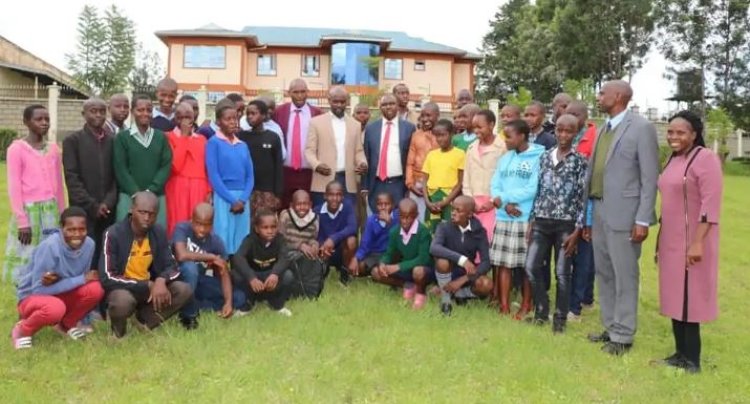 Professor Hillary Barchok, the region's governor, spoke at the occasion, emphasising that education is a stepping stone for pupils from low-income families and a platform for closing the growing inequality gap.

The professor went on to say that most students from impoverished families thrive in school, but a lack of funds prevents them from pursuing their academic goals, which ultimately kills their dreams.

“The continuously rising cost of education and standards of living makes it difficult for many families to take their bright students to schools of their choice,” explained the governor.

“In recognition of this fact and the constitutional tenets of education as a basic right, our county government has successfully implemented a full four-year scholarship for 250 bright and needy students and partial scholarship/bursaries to more than 6,000 high school students annually,” he explained.

The sponsored students are to start class this week in various schools across the country.

The governor stated that his administration will do follow-ups to determine student performance under this initiative to ensure that no government funds are wasted.

The county government distributed Ksh 120 million to both partial and fully sponsored bursaries in the past financial years. Since its launch by the late Governor Dr Joyce Laboso in 2018, the initiative has benefited 1,000 needy pupils.

The governor stated that his administration intends to assist pupils from low-income families in making the full transition from elementary to secondary school, which is one of the government's goals.

The County HELB program will be implemented by the Bomet County government for students from the area who are enrolled in various higher institutions.