City Lawyer and a politician Karen Nyamu has apologized to Samidoh’s wife Edith Nderitu for having a relationship with her husband who eventually gave him a son. 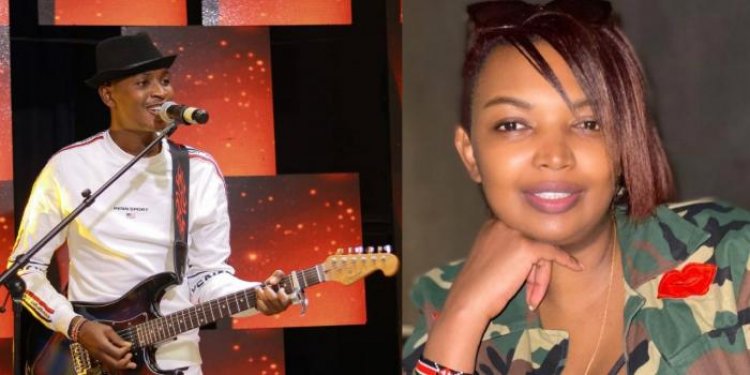 Karen was speaking during an interview with media personality Felix Oduar alias Jalang’o on his Youtube channel when she said, "I'm really sorry for the anguish that I may have caused you, all along I thought you knew because your husband told me you knew. No excuses, I am really sorry for everything."

Karen said she has met Nderitu severally when she was assisting her to get a tender worth 9 million; this was after she was asked whether the two had met.

"We spoke sometime last year…Now she is serving a tender worth Sh9 million which I and Samidoh’s brother sat down and did all the documents… until she got that tender. So is that a woman I'm fighting?"

Nyamu said she posted the angry posts on her social media accounts out of anger and emotions and she apologized.

"I'm not a homewrecker, these things happen to each and every one of you; it's only that I am in the limelight."

However, Karen distanced herself from the pseudo account that has been attacking Samidoh’s wife online.

This comes after the Kikuyu musician Samidoh apologized to his wife admitting to having had a relationship with Karen Nyamu which led to the birth of an innocent child on social media.

The Untold Story of Ninja, The Former Mother-in-Law Actor

Relationship Red Flags That You Should Look Out For