The Head of State Uhuru Kenyatta and his Deputy William Ruto meets at statehouse for a cabinet meeting days after the President dared his Deputy to quit. 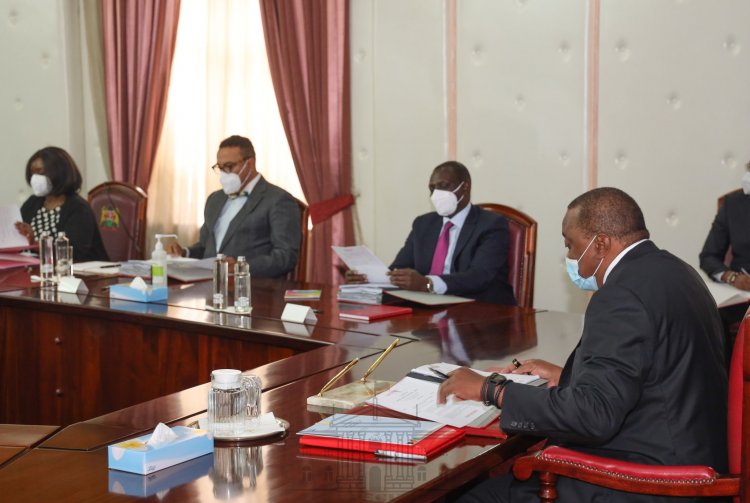 On Thursday, the two leaders met while attending the Cabinet meeting chaired by the President after DP Ruto missing out on a number of past cabinet meetings.

According to an insider privy to the cabinet meeting in State House, the Deputy President arrived earlier and he was sitting at the high table alongside President Uhuru. Matters development and the Building Bridges Initiative (BBI) were said to have been given the top priority.

The meeting comes barely days after the President dared his Deputy to resign instead of criticizing the government and Jubilee Party.

"We need to either work together or not. If they feel that the government is favorable to them, then they should work with us but if they disassociate themselves, and then let them resign," the president stated.

Ruto later answered his Boss saying he won’t resign and that he helped President Uhuru to ascend into power and therefore no one should push him to quit.

The crack between the President and his Deputy was also evidenced by the push for the BBI where Ruto was against some of the proposed Amendments.

However, today’s meeting between the Uhuru and Ruto clearly shows a different thing.