According to the photo, Kisumu Senator Fred Outa can be seen receiving the COVID-19 jab, while donning a brassiere (bra). 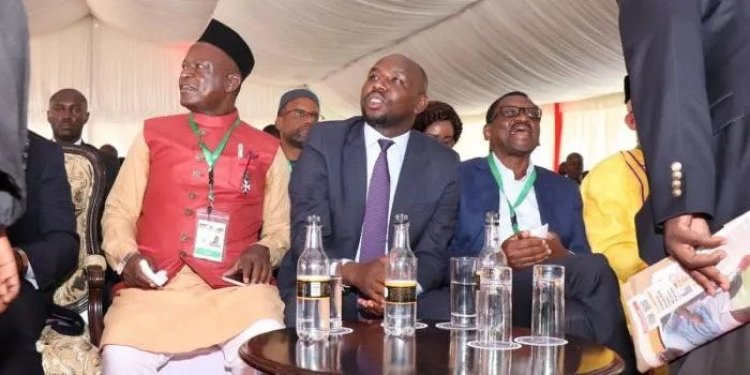 Senate house representatives on Wednesday were forced to hold on the House agenda after one of their colleague's photos emerged causing an online stir.

According to the photo, Kisumu Senator Fred Outa can be seen receiving the COVID-19 jab, while donning a brassiere (bra).

Kipchumba stated how he witnessed Outa receiving his COVID-19 jab, adding that he himself took the legislator's photo during the exercise.

A furious Outa called upon Interior Cabinet Secretary Dr. Fred Matiang'i to crack down on bloggers who were behind the matter. The Senate legislator further added that such issues were discouraging the public from getting the jab.

"Mr. Speaker, as you can see I am a man with all the materials that are required to be a man and that's why I am sending this information to Kenyans that we have bloggers out there to taint my image," stated Senator Outa.

Although Senators seemingly could not agree with Outa over Interior Ministry's intervention, the topic formed a better part of the House's discussion.

Blow To Raila After Kalonzo, Moi, and Mudavadi Vow To Stand With Uhuru in the Upcoming...

The court has barred Sonko from publishing any leaked audio or videos relating to...