The late Kenei’s father John Chesang has now vowed to revive the brutal murder case and he has turned the heat to Deputy President William Ruto. 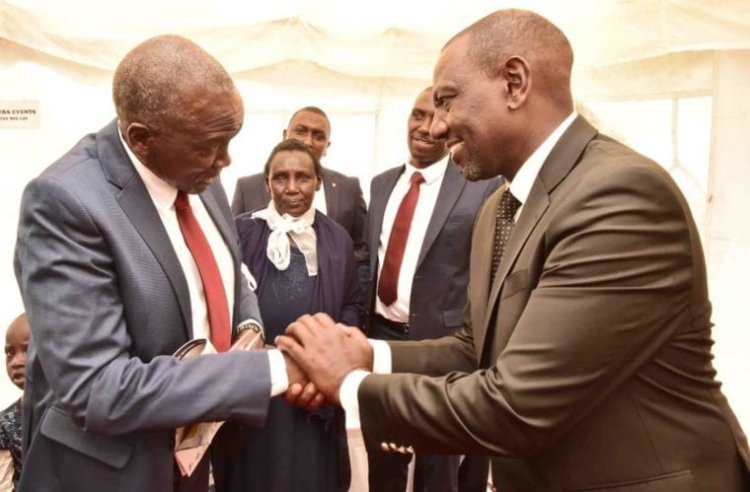 While speaking on Sunday to KTN News Sunday, Kenai's father claimed that despite Ruto making promises to the family during Kenei’s burial; he has distanced himself and remained silent over the matter.

Kenei was a police officer working as a bodyguard to DP Ruto’s office and was found dead on February 21, 2020, where the DCI said it was a murder.

Mzee Chesang further questioned Ruto’s motive after he equivocally claimed his life was in danger during Kenei’s burial.

"Since then, no action has been taken and we have not communicated in any form whatsoever. We, the family, we're expecting to see him (Ruto) because he had claimed that he would have been the target instead of Kenei. What action has he taken? He was also blaming the DCI. Why has he not informed us of any other entity he is using to carry out the investigations? He does not want DCI and FBI (Federal Bureau of Investigations), what does he want?" questioned Mzee Chesang.

Chesang also noted that Kenei had worked in the DP’s office for seven and a half years and prior to his death, he had unsuccessfully attempted to seek for transfer twice.

After Kenei’s burial in March 2020, no updates were issued from there either from the DCI or from other investigative agencies.

Sergent Kenei was found murdered at his house in Nairobi's Villa Franca estate in February 2020 prior to the day he was supposed to record a statement in connection to the fake Ksh39 billion arms deal.

He was on duty at the Harambee House Annex office when the former Sports CS Rashid Echesa walked in accompanied by two foreigners to sign the infamous Ksh40 billion fake arms tender.

You need to be vaccinated to visit the prisons

“I didn't order arrest of Judges Muchelule and Chitembwe,”...