Balenciaga, a luxury fashion house, has once again gotten people talking, no doubt attracting many to their brand that appears to be becoming more at ease with controversy. This is after the brand unveiled a new campaign promoting a series of roughed-up sneakers with a hefty price tag. 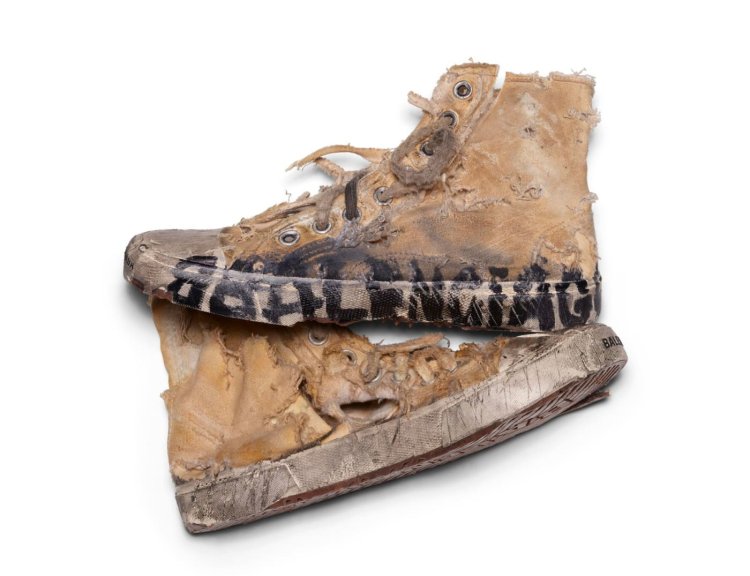 Photos of the destroyed sneakers circulating on social media do not really tell the entire story. While they have sparked the most debate, the images are actually of exaggerated, limited-edition versions of the sneakers sold by Balenciaga. 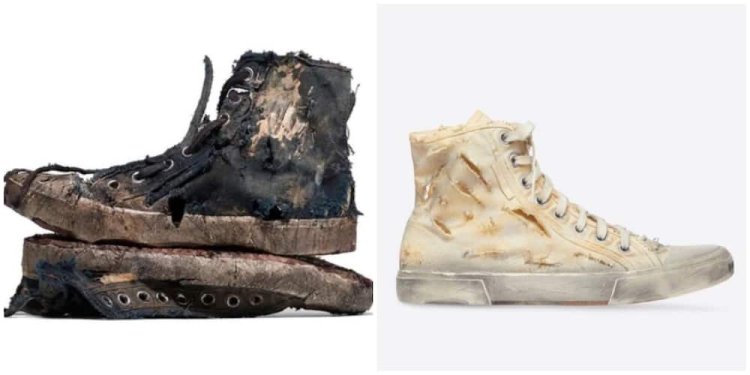 Following the launch of the new Paris sneaker on Monday 9, images of severely tattered, distressed shoes shot by photographer Leopold Duchemin for the brand went viral, with outrage at the appearance of the high tops swirling online.

Only 100 pairs of "extra destroyed" sneakers will be available for $1,850, according to the fashion house. Meanwhile, non-limited edition and less roughed-up versions are available on the Balenciaga website for between $495 and $625, depending on the style.

The footwear is available in both high-top and mule styles. The standard version, which costs $625 for the high-top and $495 for the mule, is relatively unobtrusive.

The Paris-based brand stated in a press release that the campaign photos show the shoes "extremely worn, marked up, and dirtied."
It stated that the still-life portraits suggest that Paris Sneakers are meant to be worn for a lifetime," a point that feels especially pertinent in light of growing discussions about the fast fashion industry and the environmental impact of overconsumption.

Highsnobiety news editor Tora Northman said the brand had "taken it to the next level," adding that Balenciaga is "always creating controversial items that spark conversation."
However, not everyone thinks the sneakers are worth making fun of.

The pairs being sold as shown below don't appear to be as worn as the shoes photographed for the online photos. 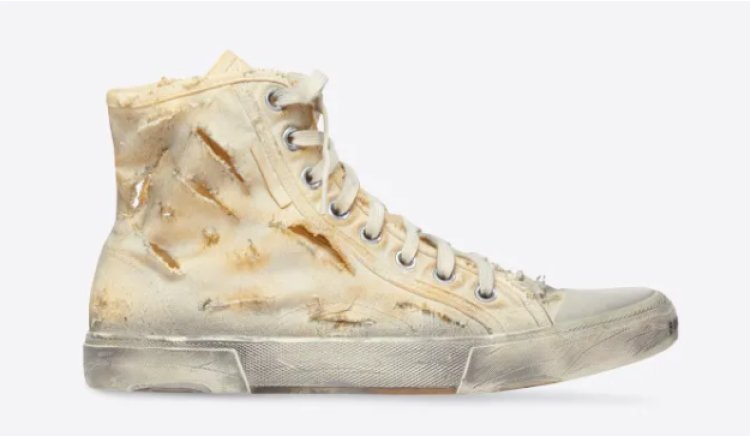