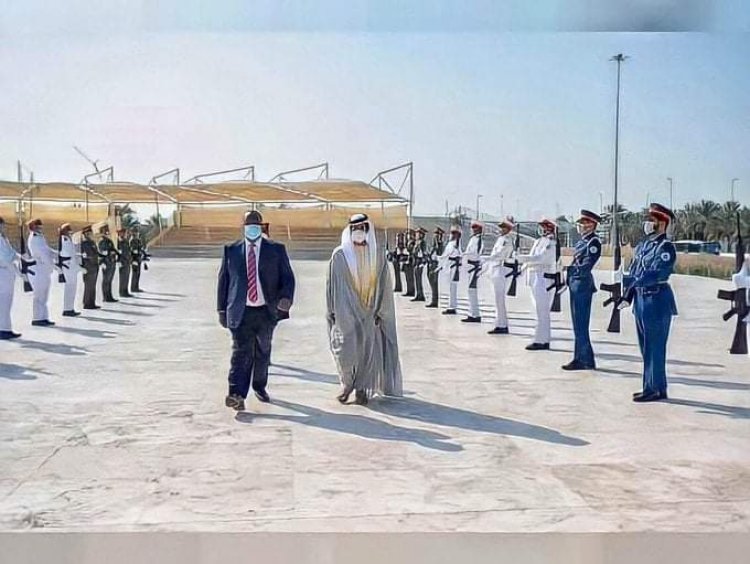 Matiang’I is also expected to negotiate on a possible means of easing the VISA restrictions for Kenyans traveling to the UAE.

Matiang’I was received by Khalifa Bin Zayed at the Abu Dhabi International Airport where he inspected a guard of honor before proceeding to the President’s Palace for a closed-door meeting.

Later the CS held a meeting with the RTD General Sheikh Saif Bin Zayed, Deputy Prime Minister and Minister of Interior of UAE.

"The focus of their bilateral discussions was closer security sector collaboration between the UAE and Kenya. The duo also discussed the possible easing of VISA restrictions for Kenyans traveling to the UAE in the wake of the COVID 19 pandemic," the Interior Ministry announced.

The promotion of Matiang’I saw President Kenyatta pushing his Deputy to the sideline after an apparent rift widening between the two leaders.

"King of Numbers" Comparison of Crowds That Attended Azimio,...