Incarcerated Former Governor Mike Sonko bailed out a stranded Gor Mahia with Ksh500,000 ahead of the team`s trip to Zambia for a continental assignment. 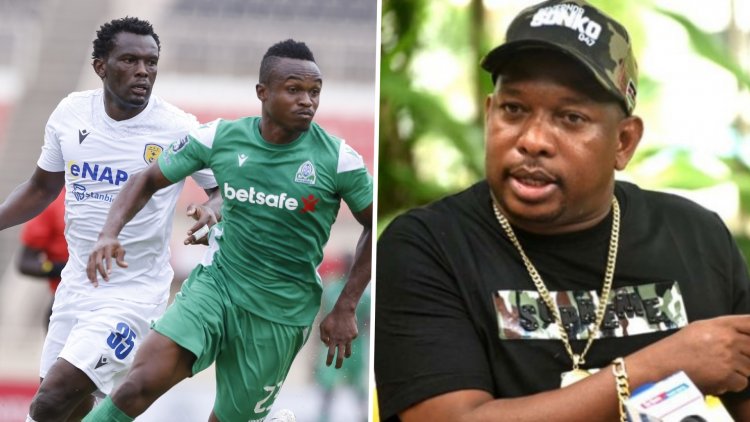 Gor Mahia`s trip to Zambia to play their Confederation Cup fixture against Napsa Stars was on the verge of collapsing until former Governor Mike Sonko stepped in and bailed them out. The team revealed that they did not have money to purchase tickets for the trip and that they almost decided not to honour the return leg at National Heroes Stadium.

Their first attempt to fly out on a Friday didn`t push through as they were yet to secure air tickets after the Football Kenya Federation who had promised to assist them returned negative answers. A recorded audio of Sonko speaking to Gor Mahia`s Chairman Ambrose Rachier after he gave the team Ksh500,000 to secure tickets for the trip was obtained.

Sonko told Rachier that he was still admitted at Nairobi Hospital but was upset to hear that his beloved team was stranded and he decided to offer his little support aimed at making sure the team travels. Sonko had called to confirm whether he received the money and in a positive response, Rachier confirmed receiving the amount and thanked Sonko for his support thereafter wishing him a quick recovery.

Gor Mahia did not reach the group stage of the competition as they drew the match 2-2 with Napsa Stars qualifying on a 3-2 aggregate win having won the first leg 1-0 at Nyayo stadium.

The team has now shifted its attention to retaining the FKF Premier League Title and also the Domestic Cup.

Team Kenya Tops on Medal Standings of the World Athletics...

Luciano Spalleti is the new coach of Napoli.