A county employee will be in police custody for another ten days in connection with the violent murder of her partner after a court in Meru granted the police permission. 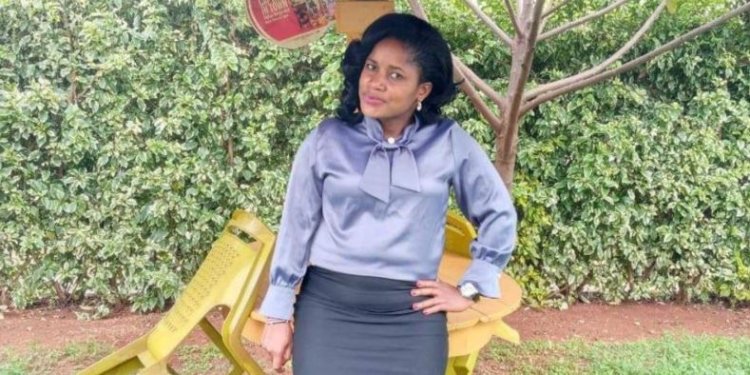 Florence Kanario, a Meru Gender Office employee, is suspected of stabbing Maua court clerk Swaleh Kalema in the neck after an argument over a waiter.

According to detectives, the pair got into a dispute as Kalema was killed before they arrived at Maua, where they lived.

Kanario is said to have discarded the body on the side of the road and returned to her family's home without filing a police report.

Witnesses said the couple had a falling out after Kanario accused the man of seducing a waitress at the hotel's bar in her presence on Sunday.

Igembe South police head Hassan Ali said the deceased man's body was discovered laying on the side of a road near a church.

His wallet, which contained cash and documents, as well as an expensive phone, appeared to be unharmed, enabling investigators to rule out robbery as a motive.

The two, who were cohabiting, arrived at Kajuko hotel around 5 p.m. on Sunday and left together at 3 a.m., according to CCTV footage.

Moments after they left the hotel, his body was discovered discarded on the side of a road in KK, Igembe Central.

When Kanario was apprehended, two of her fingers were injured, and the cuts appeared to be freshly patched up, but she couldn't explain how she had gotten them.

Tiberius Ekisa, the DCIO for Igembe South, has requested more time to figure out what led to the death of the young administrator, who was last seen with Kanario.

Policewoman Assaulted And Her Uniforms Stolen In Mombasa

Senator Malala Surrenders To Law Enforcers Over the Recent...