Eight people killed in Gilgil morning accident involving a matatu and a trailer. 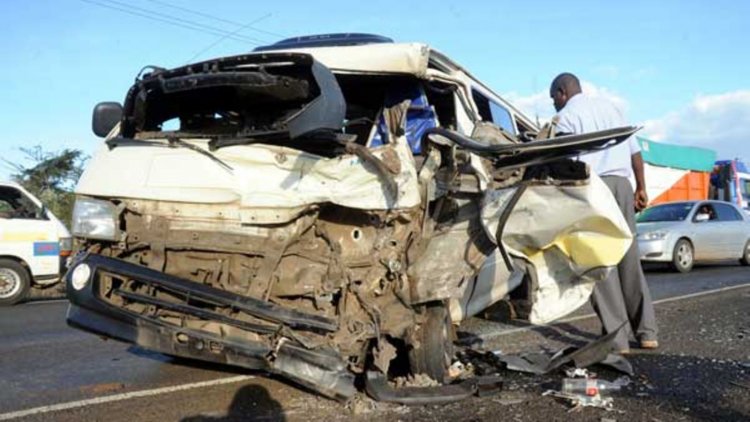 At least eight people were killed on Friday morning in a tragic accident involving a trailer and a Nissan matatu near St Mary`s hospital at Gilgil along the Nairobi-Nakuru highway. 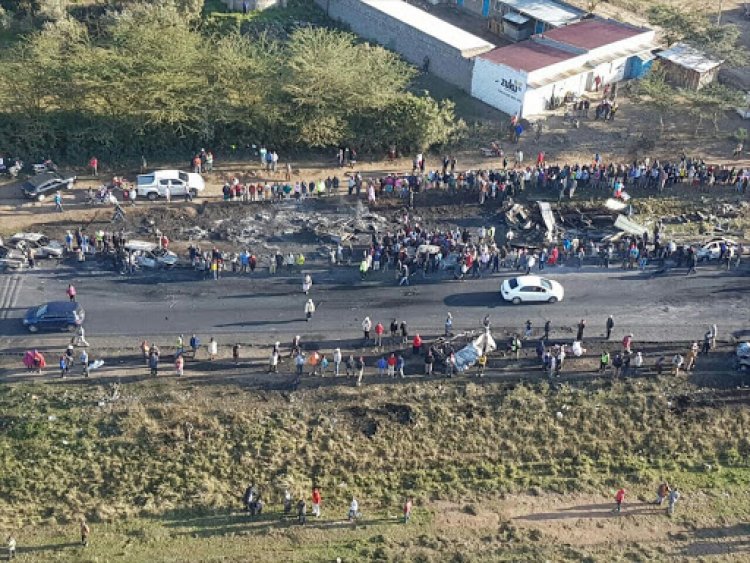 Kenya Red Cross emergency team and Police were at the scene a few minutes after the accident and took the injured including the matatu driver to the hospital.

Gilgil sub-county police commander John Onditi said two others were injured in the accident that occurred at around 5 am. The commander stated that the matatu was headed for Nairobi from Nakuru while the trailer was headed in the opposite direction.

Witnesses said that the trailer was overtaking another car when it collided with the matatu that was oncoming and that they have lost almost all the crew boarding the matatu.

The accident caused a major traffic jam as officials cleared it. The bodies were moved to the local mortuary. The authorities are identifying the victims as relatives and friends flock in the area for identification.

NMS on the Spot Over Sh1 Billion Alleged Misuse

Law Enforcers Captured By CCTV Stealing From a Drinking...