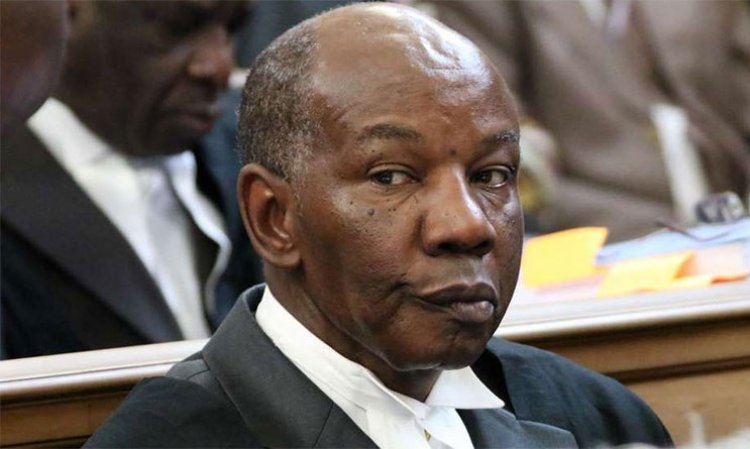 Concerns continue to emerge about a senior counsel’s nomination to the top seat as the Judiciary is on their second day of interviewing applicants to the vacant position of Chief Justice.

Fred Ngatia, who seems to top the list of the individuals with the longest career experience in the legal profession at 49 years, has been battled with Kenyans and other groups questioning his credibility to hold and serve the office diligently.

Atheists in Kenya Society have opposed the nomination of the Senior Counsel for the vacant position of the President of the Supreme Court and Chief Justice of Kenya.

The society claims that Ngatia will compromise the Judicial Independence of the Supreme Court should he be elected as the next President.

“ While we acknowledge that SC Fred Ngatia is a highly experienced counsel, we are apprehensive that Fred Ngatia will compromise the Judicial Independence of the Supreme Court,” said the society.

Ngatia has been a constant face in the corridors of justice and is on record as having represented President Uhuru Kenyatta in the 2017 presidential election petition.

He successfully defended President Uhuru Kenyatta’s disputed win in a presidential petition filed by Raila Odinga in 2013 but failed in the 2017 petition.

The society, however, says his personal interests are likely to be contrary to his loyalty to the Kenyan public as Chief Justice.

“We lack confidence in SC Fred Ngatia’s ability to safeguard the rights and freedoms of Kenyans to ensure equal protection for all,” the society ascertained.

The society also noted that the country is one year away from the general elections and it is critical that a Chief Justice who will guarantee Judicial Independence of the Supreme co Court is elected.

Narok Senator, Ledama Olekina, on the contrary, feels that the Judiciary is wasting time with the interviews yet the position is already occupied.

“Stop wasting time with Chief Justice interviews, we already know who you are giving the position. Wacheni formalities!” said Olekina in his Twitter account.

He advised Ngatia to start purchasing new suits and start his tenure.

“My friend Fred buy new suits or I get you some maasai suits and you start your tenure!” he advised.

The top lawyer was named among Kenya’s foremost legal minds by the International legal research company, Chambers Global, in 2011.

Ngatia represented former Cabinet Minister George Saitoti and represented him at the Goldenberg Commission of Inquiry.

His law firm Ngatia and Associates, however, is among those being investigated by the Directorate of Criminal Investigations over non-remittance of money to the government.