Kenya Meteorological Department has warned Kenyans to expect long rains starting next week in most parts of the country. 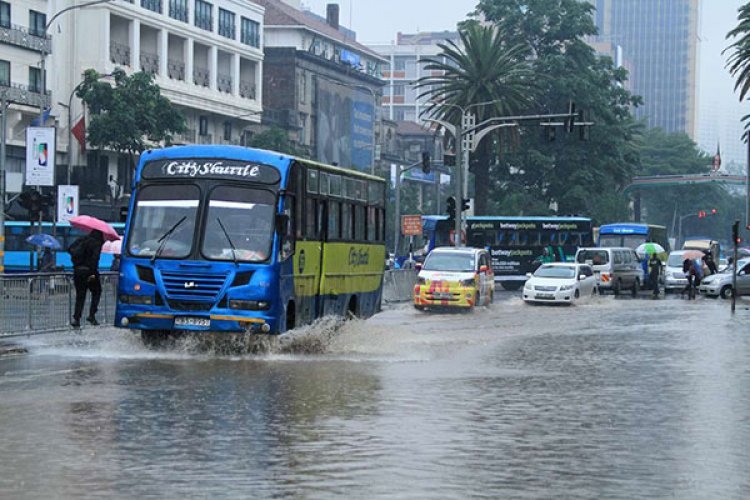 According to the reports by the Kenya Meteorological Department, the country is going to experience heavy rainfalls and morning showers in most parts.

“However, rainfall amounts and coverage are likely to reduce as the forecast period progresses,” Met said in a statement.

Further, the meteorological Department said areas in the Northwest and the Northeast are likely to experience strong south-easterly winds.

Effects of the heavy rains are already being felt in parts of the country as roads have been rendered impassable. Traders and customers have been forced to seek alternative means to access their businesses at the Gikomba market in Nairobi today.

Kenya MET warned that floods are going to be experienced in Nyando, Bundalangi, and Nyakite, while there is a likelihood of mudslide in Murang’a, West Pokot, and Elgeyo Marakwet.

Last week the government urged the farmers to take advantage of the long rains and plant more food crops.

The spokesman said that close to 1.4 Million Kenyans are facing starvation and the number is likely to go up if the expected rainfall is not enough.