Motorists Advised On Disruption of Traffic Along Jogoo Road

In a notice on Thursday, March 4, the roads authority disclosed that the traffic disruption would occur along Jogoo Road/ Likoni Road Roundabout (opposite St Stephen's Church). 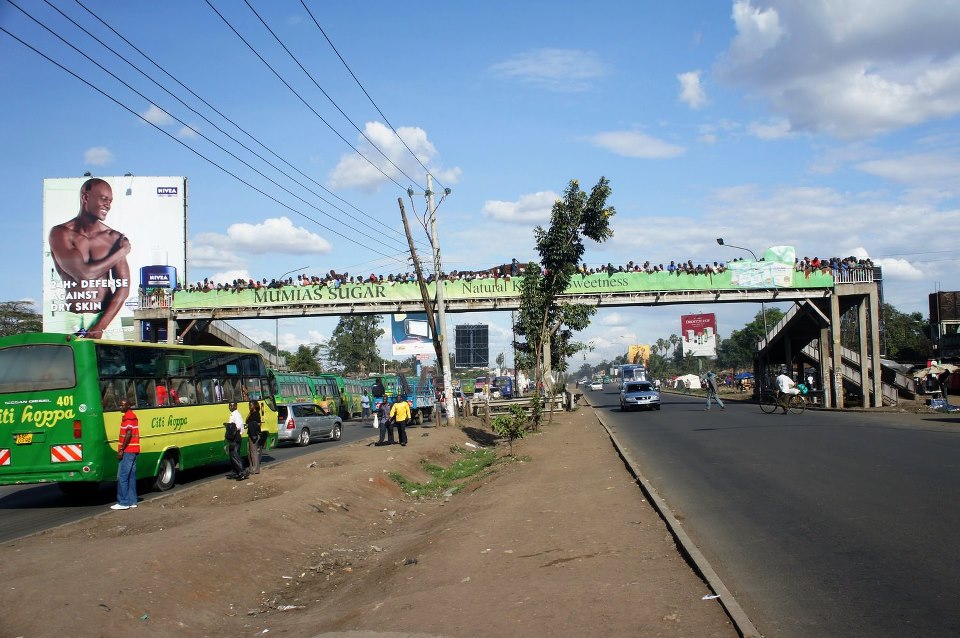 The Kenya Urban Roads Authority (KURA) has issued a warning to motorists using Jogoo Road in Nairobi ahead of unusual traffic disruptions along the route.

In a notice on Thursday, March 4, the roads authority disclosed that the traffic disruption would occur along Jogoo Road/ Likoni Road Roundabout (opposite St Stephen's Church).

KURA noted that the disruption will allow for civil works in a section of the road where a contractor is installing culverts. 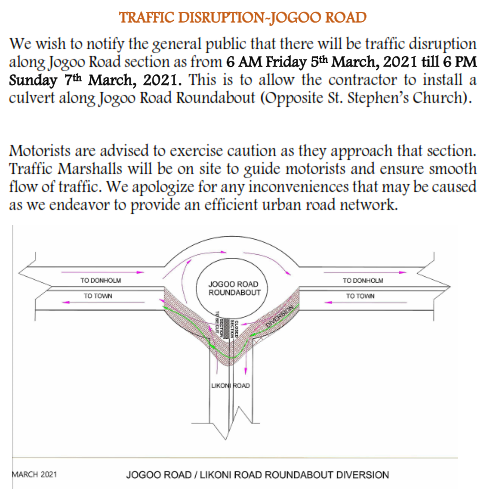 The disruption will take place from Friday, March 5 to Sunday, March 7, 2021, with motorists advised to exercise caution as they approach that section.

Traffic marshals will be on-site to guide the smooth flow of traffic.

"We apologize for any inconvenience that may be caused as we endeavor to provide an efficient urban road network," KURA highlighted.

The works along the road are part of several ongoing in Nairobi. The authority in February 2021 announced a temporary closure of a section of Peponi Road in Westlands for three months.

Kenya National Highways Authority (KeNHA) around the same period gave an advisory stating that construction workers were preparing to demolish the well-known Kangemi bridge before reconstructing it to accommodate a new road design.

During the construction period, traffic headed to Nairobi shall be diverted to the existing left-hand side of the main carriageway which will facilitate the demolition and subsequent reconstruction of the Kangemi Bridge.

The expansion of the busy highway is running concurrently with the construction of the Nairobi Expressway. 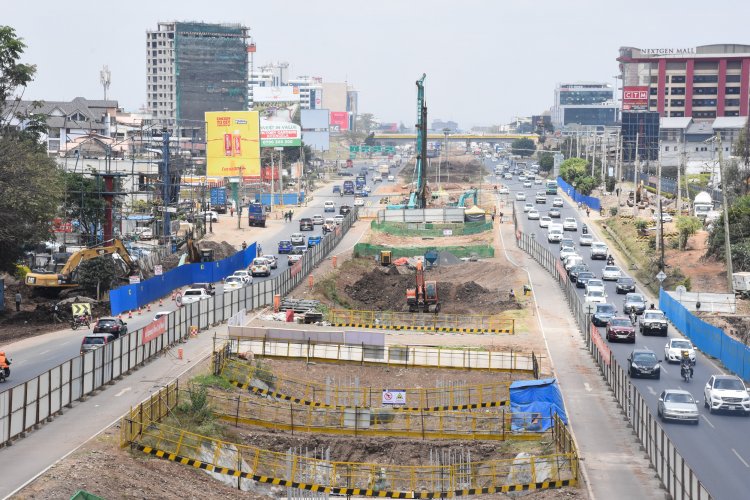 Police in Mombasa Arrests Two Terror Suspects at the Likoni...