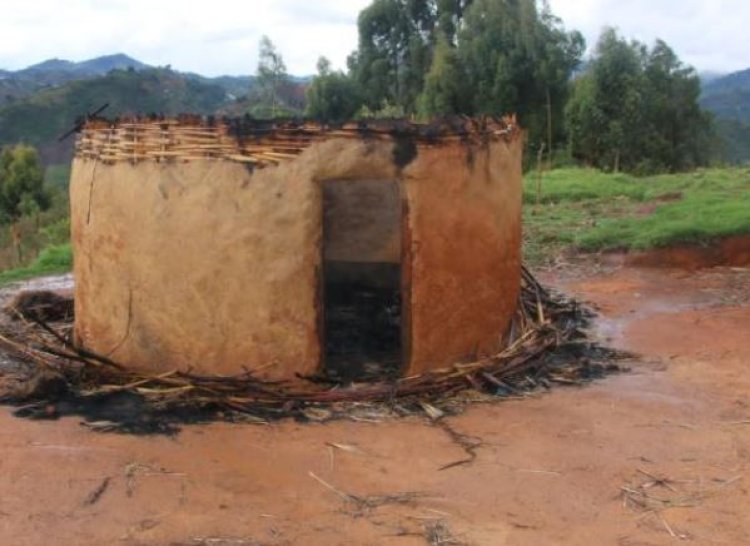 According to local officials, the gun-wielding men assaulted six clans in the sub-location, displacing more than 50 families.

The gunmen assaulted the area at about 7 a.m. yesterday, terrorising residents and looting from their homes. The attackers advised residents to relocate and not return to their farms.

“They shot in the air for several minutes to scare locals. The police are still pursuing the suspects,” the assistant chief said.

According to a resident, the more than 30 attackers invaded her home while eating breakfast with her children and ordered the family to flee before torching the grass-thatched house.

“They took the money and asked why I was not moving away from the area. We were all in a panic because they were shooting in the air as they ordered us out. I couldn’t salvage anything,” she said.

The victim claimed that after 30 minutes, officers from a nearby station came but were unable to repel the armed guys due to their overwhelming numbers. Two hours later, reinforcement from the Chesoi sub-county headquarters came, but the attackers had retreated to the Kerio Valley.

Additional police officers were deployed to the region to pursue the attackers, according to Elgeyo Marakwet County Police Commander Patrick Lumumba.

“We have been informed that a land dispute caused the attack. We are trying to restore calm as we pursue the suspects,” he said.

In a feud between competing tribes two years ago, 57 houses were set on fire, and over 100 families were displaced. The arson attacks in 2020 occurred on two consecutive days. Residents allege that no suspects have been apprehended.

HELB Will Waive 100 Percent Of COVID-19 Penalties for Two Months.

Mother And Son Released From Murder Case After Serving...