Atletico Madrid was leading with 10 points and a game at hand over their fellow contenders in January but they have now collapsed and the title is now in Barcelona’s hands. 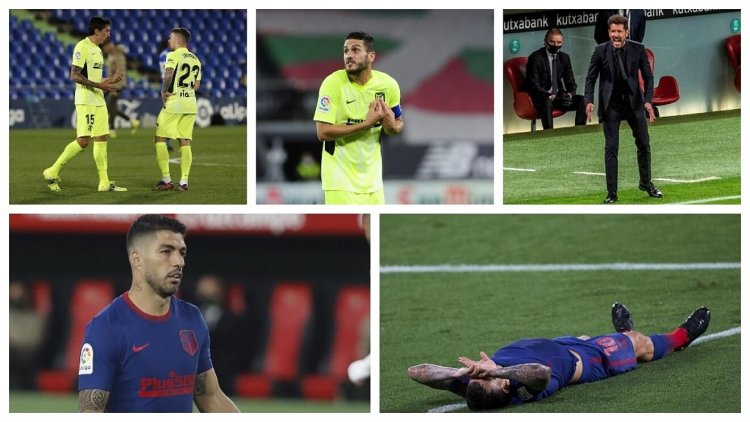 Atletico Madrid lost 2-1 against Athletic Bilbao on Sunday, therefore, losing their hopes to win the La Liga’s title this season.

However, according to Koke, they are determined to keep on fighting until the end, but the momentum is now with Koeman’s side and even Sevilla.

According to football analyst, these are some of the factors which led to poor performance by Atletico Madrid:

Most of Atletico’s players were hit hard by the covid-19 virus Joao Felix, Thomas Lemar and Hector Herrera tested positive within a week and therefore leaving Simeone without some of his important players.

Most of the players fell ill at the best point of the season i.e. Hector Herera, Luis Suarez, Thomas Lemar, Joao Felix, therefore, leading to Simeone’s hands being tied somehow.

The substitutes aren’t up to scratch

Diego someone has to try to win the title with 12 or 13 players. Whenever a starter has dropped out, their replacement has been of a considerably lower level. Vitolo and Moussa Dembele haven’t done enough while Saul has been subpar as well.

Soccer-FA Rebuke Racist Abuse Imposed on Its Players Amid...

And Coach of the Month accolade goes to Gor's Vaz Pinto

Sigh of Relief as AFC Leopards Get Green Light By FIFA...