Most of the street families affected by the HIV situation are aged between 8 and 16 years. 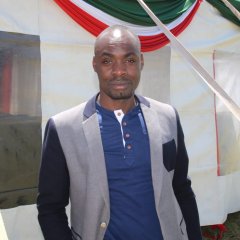 An activist involved in championing the welfare of street families in Uasin Gishu County has raised a red flag over rising cases of HIV-positive cases among street children in Eldoret town.

According to the activist – Juma Akumu, currently, the situation is alarming and might be out of hand if not addressed by relevant government agencies and Non-governmental organizations.

In an interview in Eldoret town, the ex-street child revealed that currently, statistics indicate that 3 out of 5 street-connected children in Eldoret are HIV positive.

“The ratio is alarming and the trend is worrying,” noted Akumu.

“Some of these street children have partners within the street families and also the community they come from hence need for this situation to address considering the impact it might lead to,” he added.

The activist points out that Eldoret town has two kinds of street families – those that purely live on the streets, and those who are on streets by day but at night go back to their homes – a situation he notes makes the issue of rising HIV cases among the street families worth the attention it deserves.

Most of the street families affected by the HIV situation are aged between 8 and 16 years.

“This is an active age, most of them are adolescents and the situation is being made worse by the fact that sex is the only leisure they can get off the streets,” noted Akumu who was once a street child in Eldoret town.

Bu in a bid to salvage the situation, the activist says they have partnered with a number of organizations including the Moi Teaching and Referral Hospital for an initiative that seeks to sensitize the street families on safe sex and the dangers that come with reckless romantic relationships and indiscipline.

“But we also need the government to come in so that we can help these street families,” Akumu noted.