Uproar as Daily Nation Newspaper's Makes this Headline About Murathe

Following Honorable David Murathe`s admission that he was involved in the Kenya Medical Supplies Authority {KEMSA} 4 billion shillings scandal, Kenyans expressed their different ideas on how one Kenyan online media Daily Nation made its headline about Murathe. 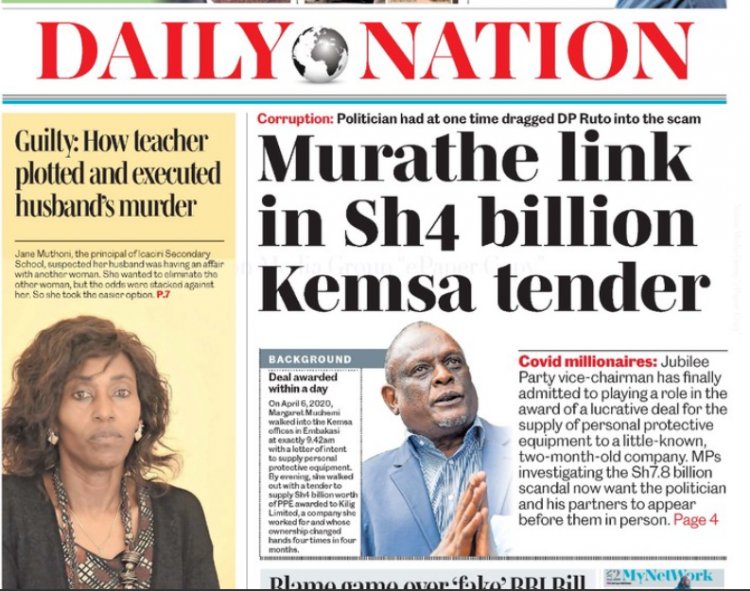 According to the headline, Jubilee party vice Chairman Mr. Murathe, he admitted to playing a role in the award of a lucrative deal for the supply of personal protective equipment to a little-known, two months old company.
Other members of the parliament involved in the investigations of the 7.8billion shillings scam, now want the former Gatanga MP and his partner to appear before them in person.

Below are the mixed reactions of Kenyans: 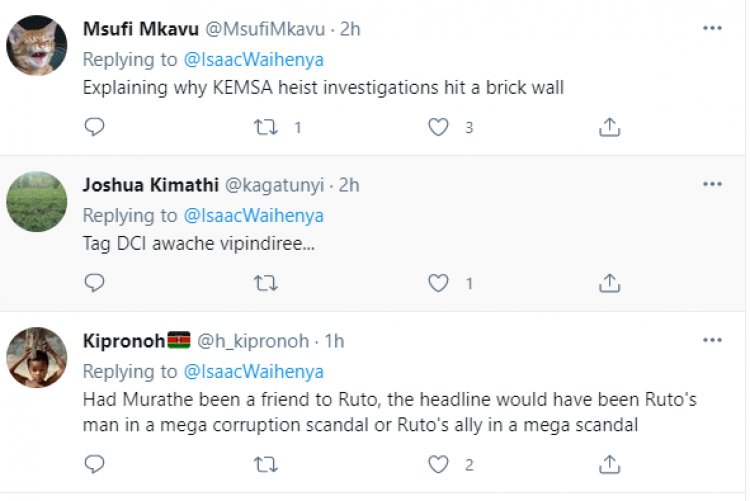 Laban:The way they were calling Ruto a thief you would think they are angels, Murathe is stealing on behalf of his master uhuru..He should rot in jail!!!

Kip: Uhuru wamashati is in charge.... 2B is lost daily. Murathe will never be in the gallows. We are doing well at 11.7T debt And BBI in its different versions will unite all Kenyans...#wisdomoffools.

Salim: It had to be somebody in that circle and not what we have been treated to that they were just hanging around Kemsa and got those massive tenders - that's Kenya for us - wizi bila mwisho!!!!!!!