IEBC declares Abdul Haji Garissa senator after no more papers were presented to challenge him in a by-election slated May 18. 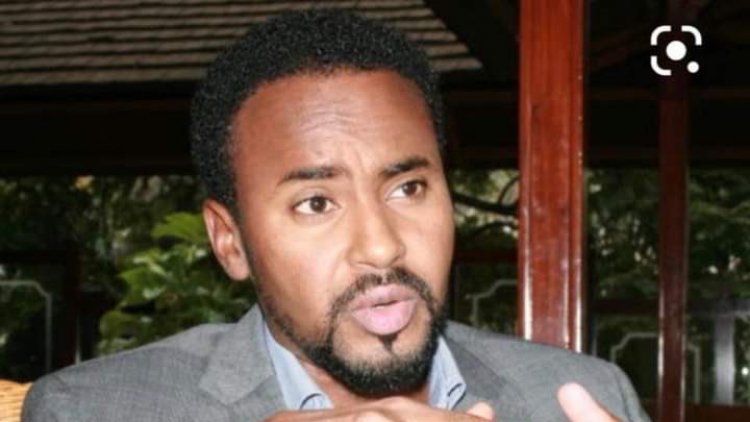 Leaders have continuously sent congratulatory notes to the new Garissa elect Senator, Abdulkadir Mohamed Haji, for winning a no contest by election slated May 18, 2021.

Abdul, who contested for the senatorial seat after the demise of his father and the former Garissa senator, Yusuf Haji on February 15, was on Tuesday declared the senator by The Independent Electoral and boundaries commission.

In a gazette notice dated April 6, the IEBC chairperson, Wafula Chebukati, said there was no contest as there were no more papers presented and therefore declared him the winner.

“The Independent Electoral and Boundaries Commission makes a declaration of no contest and declared the person listed in the 1st and 2nd column to the schedule duly elected as the senator, Garissa County,” read the notice.

Nyeri county top bosses sent their congratulatory notes to the Gasissa's hero praising him of his vivid patriotism and bravery.

“I support his unanimous nomination; Nobody displayed more patriotism, heroism and bravery that this gentleman during the terrorist attack,” said Mutahi Kahiga, Nyeri governor.

Kahiga added: “ I met him in person and was shocked to note that he is humble and down to earth; Mzee Haji raised respectable sons, this is one of them.”

“The maturity witnessed in Garissa is very befitting of the legacy Mzee Haji would have wanted; Double thumbs up to the great people of Garissa County and congratulations to you our Westgate Hero, Sen. Abdul Haji!” said Caroline Karugu, Nyeri county deputy governor.

Garissa Town law maker also commended the winning saying they have faith that the Senator elect will deliver to the people of Garissa.

“Congratulations to Hon. Abdul Kadir Mohamed Haji (Senator -elect) for the declaration of no contest for Garissa Senate by-election scheduled on 18th May, 2021 by the IEBC; We have faith in you that you will deliver to the people of Garissa as their Senator, thank you to the Great people of Garissa,” said Aden duale, Garissa town member of parliament.

Haji junior is remembered for his bold move to rescue stranded citizens during the Westgate attack before security officers rushed in.

He is the brother to the Director of Public Prosecution, Noordin Haji.

Man in Bungoma County loses fight over a duel for a woman's...

Three more men who were trapped in Abimbo, a Gold mine in Siaya county were rescued...