Wiper party leader Kalonzo Musyoka allegedly has a contingency plan in place which he will initiate if he misses out on the Azimio la Umoja One Kenya coalition party running mate slot. 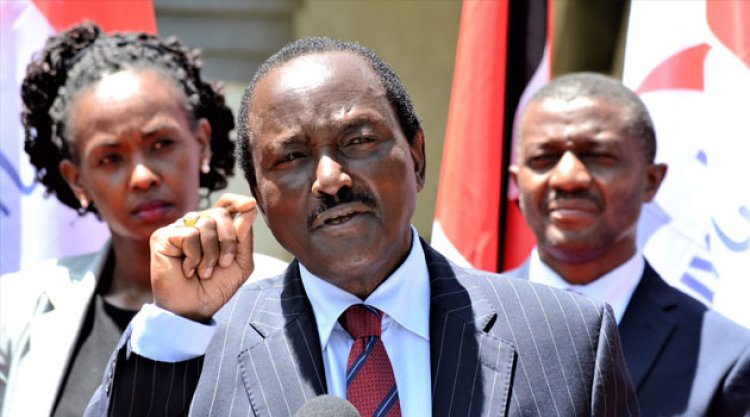 According to Makueni Senator Mutula Kilonzo Jr who says the backup plan involves Kalonzo severing ties with the Odinga-led coalition and contesting for the presidency seat himself.

Wiper has allegedly collected 2,000 signatures across 24 counties, as a prerequisite for Kalonzo’s candidature, in line with Independent Electoral and Boundaries Commission’s (IEBC) guidelines.

The party is reportedly looking to conclude signature collections on Friday, after which it's National Management Council will follow through with Kalonzo’s decision.

“We agreed that the signature collection should start immediately and be complete by Thursday; we are looking ahead. We cannot be begging all the time. We are ahead of the game,” Senator Kilonzo Jr told the Standard newspaper.

Despite not mentioning Kalonzo’s ideal running mate in the scenario, the Makueni Senator is optimistic that Wiper will identify a qualified candidate before IEBC’s May 16 deadline to do so expires.

Kilonzo Jr, Kitui Senator Enoch Wambua, and Makueni MP Dan Maanzo among other Wiper leaders have in recent weeks been pressuring Kalonzo to sever ties with Odinga and contest for the country’s top seat himself.

The Azimio One Kenya running mate selection panel on Thursday submitted its final three-man list of candidates recommended for the aforementioned position in the upcoming August General Elections.

The committee’s chair Dr. Noah Wekesa however declined to reveal the three names, only stating that the final pronouncement would be made by party leader Raila Odinga, who was on a campaign tour of the Coastal region.