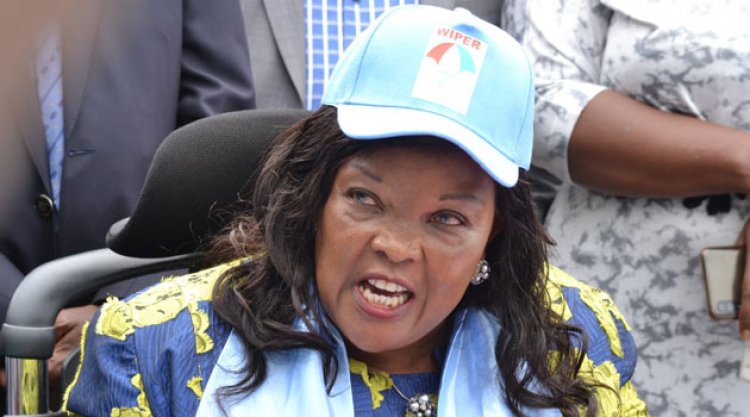 Agnes Kavindu Muthama of the Wiper Party has been declared the winner of the Machakos Senatorial by-election.

Ngengele of the United Democratic Alliance (UDA) is associated with Deputy President William Ruto and was one of the front-runners alongside John Mutua Katuku of Maendeleo Chap Chap.

Katuku, who was the Maendeleo Chap Chap Party candidate, however, pulled out of the race at the eleventh hour. Machakos Governor Alfred Mutua had stated that the move was influenced by President Uhuru Kenyatta who asked all friendly parties in the race to consider working as one.

The results were announced after a night-long vote-tallying exercise at Machakos Academy and put an end to weeks of electioneering campaigns that kicked off following the death of Machakos Senator Boniface Kabaka three months ago.

There was however low turnout of voters during the by-election exercise on Thursday, March 18, something that brought about concern by the IEBC. It was however expected as the elections were conducted on a weekday.

"There are attempts of bribery, but they won’t succeed. Everybody is alert,” Kavindu complained while casting her vote. Ngengele raised similar concerns.

Machakos county has over 620,000 voters. These are distributed in the 1,335 polling stations in the counties.

JUST IN 2 people Dead as Tractor Crashes along Kisumu-...