Manchester City returned to winning ways in style with a thumping win over Southampton that moved them 14 points clear at the top of the Premier League table. 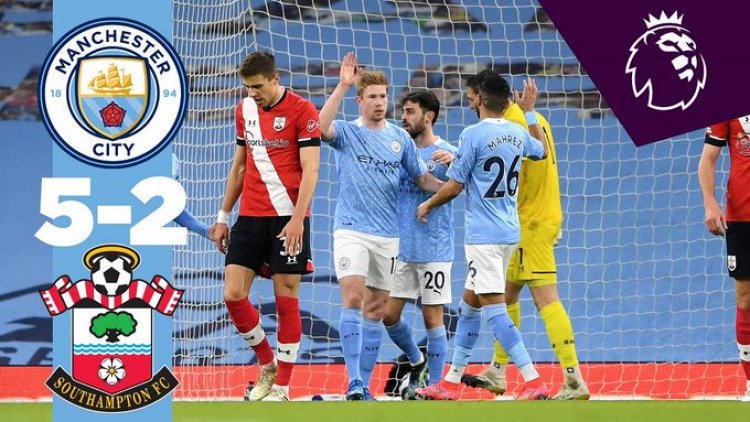 Manchester City had an outstanding performance last night where Riyad Mahrez and Kevin de Bruyne scored twice each thus returning to their winning ways after Manchester United ended their 28 games unbeaten run on Sunday. Man City had won their last 15 Premier League games before slipping to a 2-0 defeat against Manchester United on Sunday.

Kevin De Bruyne scored a goal for Man City and Southampton`s James Ward equalized the goal before Foden was denied a penalty. Riyad Mahrez and Ilkay Gundogan gave City a two-goal lead before the first half break. Mahrez added a fourth goal after the break but Southampton`s Che Adams got another immediately after.

Southampton were guilty of losing chances and De Bruyne punished them when he scored to earn Manchester City 5 goals against Southampton`s two goals.

With now 9 league games to go Manchester City knows 6 more wins will make them mathematically sure of their 3rd title in four seasons.

FIFA Threatens to Ban Kenya from Activities However Demands...

Ole Gunnar Solskjaer to be the next Premier League manager...