Moi University students on 9th March 2021 took to the streets protesting against the bad state of the school leading them into serious starvation for days.

According to the students, it is believed that the starvation has been attributed by the ban from the administration that there is no more cooking in the hostels by the students.

It is believed that previously students could prepare meals in their hostels and share with other less vulnerable students unlike now where they have to purchase food from the school`s restaurant where some students can afford to maintain it daily. 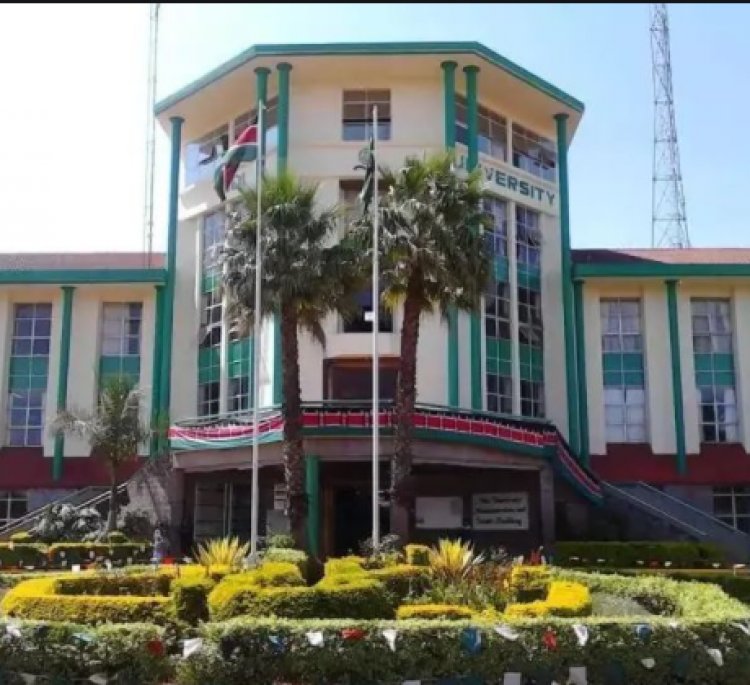 A move taken by MoU Students taking their strikes on the streets has however ignited an uproar on social media especially among Kenyans on Twitter {KOT} who remarked that University students should lament on such away but rather work hard to overcome hunger since they ain`t toddlers. 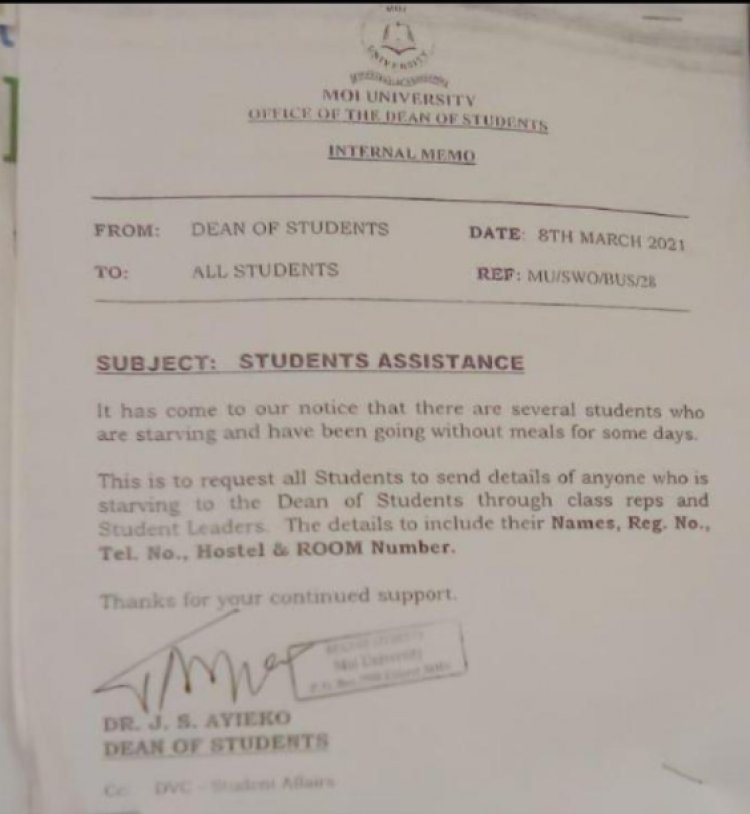 A letter From Moi University Dean of Students: Source Twitter

However, one User on Twitter @AusteenToney backed them up and narrated his painful campus life “Campus life is tough, I still remember the struggle we went through with.

waking up before dawn kupika chapo tuuze so that we survive. You look at your A from KCSE and wonder if it was even worth it. But that's life. You finish and help are knocking #Moi University”

“My son is doing Fine, He is Alive“- Says Dj Evolve`s Father

Uproar as Kisumu Hawker Is Dragged by Over speeding County...