The government has been releasing funds to a fake school that only existed on paper. 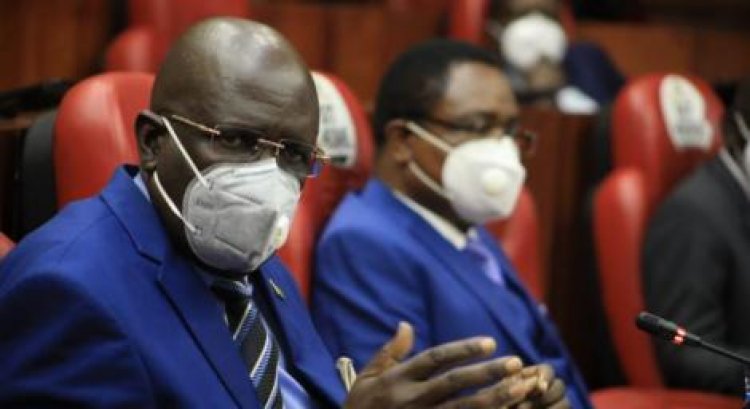 A fake public school with the name 'Mundeku Secondary School', created by a junior clerical officer in the Ministry of Education, has been receiving millions of money from the government. The junior officer identified as Joshua Ocharo Momanyi is said to have formed Mundeku Secondary school only on paper and successfully listed it as one of the schools in the disbursement schedule. He also went ahead and opened an account at a local bank using his credentials as the signatory where received millions of government financial disbursements.

" The said Mr. Joshua Ocharo Momanyi was a signatory to the said fictitious school account held at a local bank in Kakamega,” states the report which is now in the parliament.

The Public Accounts Committee (PAC) reported that the junior employee benefited from over Ksh11 million disbursed by the government.

“The committee observed that there was a fictitious school called Mundeku Secondary School in Kakamega County that benefited from the disbursement amounting to Sh11,131,305.53,” stated the report.

It is also said that Joshua Ocharo was a clerical officer at the Directorate of Education Offices in Kakamega County. In addition to that, another officer manipulated the school enrollment figures of over 150 public schools in the country. This led to a huge loss of 103 million in the government for money released to students who only existed on paper.

The Ethics and Anti-Corruption Commission (EACC) is carrying out further investigations on the two government officers accompanied by the Education Ministry with the aim of recovering the overpayment. Those who will be found to have been involved with the matter will be brought to justice and serve as a lesson to others.

“The committee recommends that within three months after tabling and adoption of this report, the EACC should conclude its investigations. Joshua Ocharo Momanyi and any other public officer and entity found culpable should be duly recommended for prosecution for committing an offense of financial misconduct,” reads the report.

In defense of this, the Ministry of Education said that while disbursing funds for term one of January 2018, the State Department used estimates since the figures for form one had not yet been established.

3 Reasons Why Drying your face with a towel is Harmful

Liverpool have no intention of allowing Newcastle target...

Newcastle's hopes of signing Divock Origi on loan from Liverpool are set to be dashed...