The Directorate of Criminal investigations {DCI} body is currently holding a lady by the name Clare Muthoni from Sattelite in Riruta a Nairobi after she attempted to defraud her mother. It is still unclear what could have attributed to such evil thoughts. 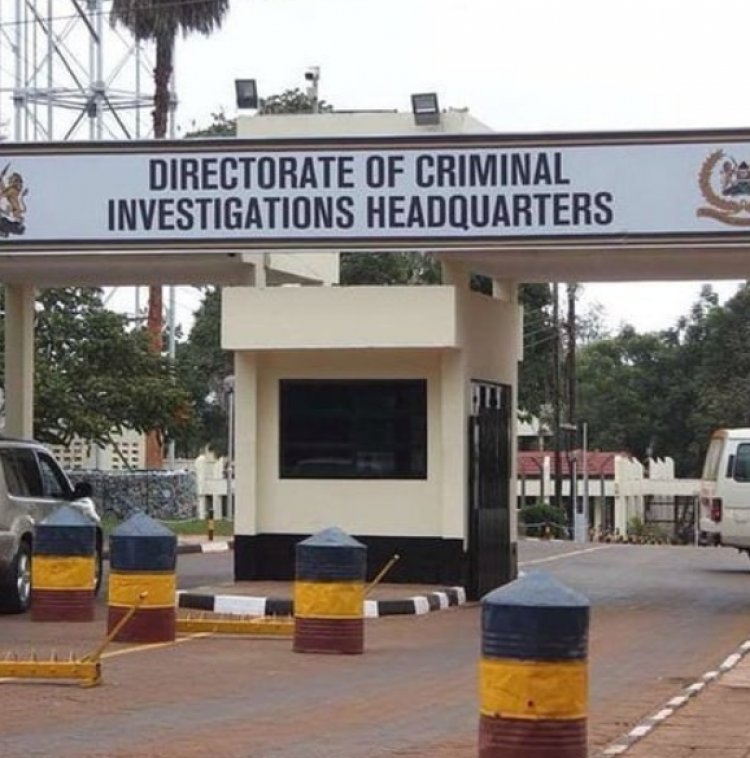 According to the DCI, the said miss Muthoni staged her kidnapping with the hope of defrauding her parent by sending disturbing messages to her mother Jane Wamuyu.

In Wamuyu`s messages that came from the alleged’ kidnappers’, she was informed that her daughter Clare Muthoni had been kidnapped and her incarcerators needed a pay-off of 30,000 Shillings to secure her release. Failure to which, her daughter would face the wrath.
Also, to prove their mettle, a photo of a purportedly shaken Muthoni, with her hands and legs tied was sent to her mother. To complete the set, a kitchen knife was also displayed in the photos, sending Muthoni’s mother in a tremendous panic.

Mrs. Wayumu was later warned not to utter such an incident to the authorities' failure to which Muthoni will meet her creator.
As a parent when such happens you get shocked and confused and so was Muthoni`s mother who was only left with a decision of reporting the matter to the DCI in Karen Police station.

The DCI officers embarked on a manhunt duty with their crime Search and Intelligence Bureau. They later found the culprits at Misiani village in Kangudo but what they found was shocking, there were no kidnappers other than Muthoni who was at a local Bar. She was accompanied by a friend identified as Diana Wanjiku, they had taken up residence at Website Bar, after escaping from Nyeri where they both lived.

The two are now in police custody pending investigations.

Uganda to Host 2,000 Refugees from Afghanistan on US Request

4 Methods to Use to Make Your Crush Easily Notice You.

Normally, there is someone who admires you secretly and due to fear or people's...

The ICC has informed that witness number P-0495 despite being held captive and agreeing...