DP Ruto reminded the president that he was in the government to stay, and after the BBI environment cools down, he will not hesitate to reunite with him as they carry on with their development agendas. 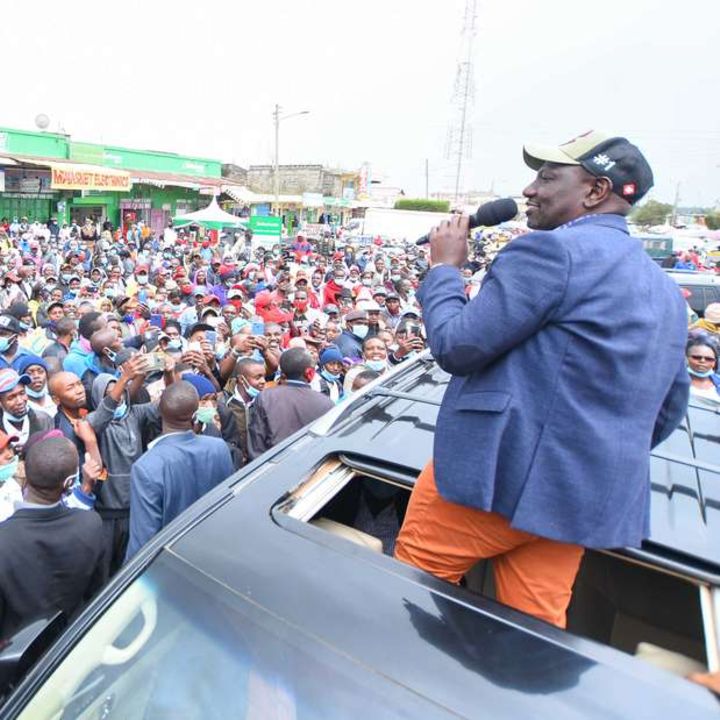 Deputy President William Ruto has once again reiterated that resigning from the government was not among his plans.

Instead, the DP stated that he will be joining hands with his boss Kenyatta after the Building Bridges Initiative [BBI] storm calms down.

Speaking on Sunday, DP Ruto stated that after the anticipated June referendum in efforts to help him deliver the Big Four Agenda.

"I will, after the June referendum, join the President to work together on implementing the Big Four agenda and other developments...," stated DP Ruto in Nyandarua.

President Kenyatta recently dared his Deputy Ruto to step aside instead of criticizing the government whom he was part of.

DP Ruto immediately responded to his boss Kenyatta over resignation call and instead asked him to drop his bromance with the Orange Democratic Movement [ODM], Raila Odinga.

The Deputy President maintained that he was the best candidate to succeed President Kenyatta in 2022 since he knows what they had in mind for the country's future.

"We have seen what the President has done, we have many complete and ongoing development projects in Nyandarua and other parts of Central Kenya," stated Thuku defending President Kenyatta.

At the same time, ex-Agriculture Cabinet Secretary Mwangi Kiunjuri made it clear that the DP Ruto camp will not in any way take part in the BBI.

Kiunjuri also castigated President Kenyatta for asking his Deputy to resign, noting that it's only that Kenyatta felt overshadowed by DP Ruto's popularity.

Solutions To Reduce National Debt in Next Government in...

The lack of transparency in external borrowing has placed the Kenya's sovereign...