Speaking in Mombasa on May 1, Chief Kadhi Ahmed Muhdhar announced that the Muslims in Kenya will have their celebrations today. 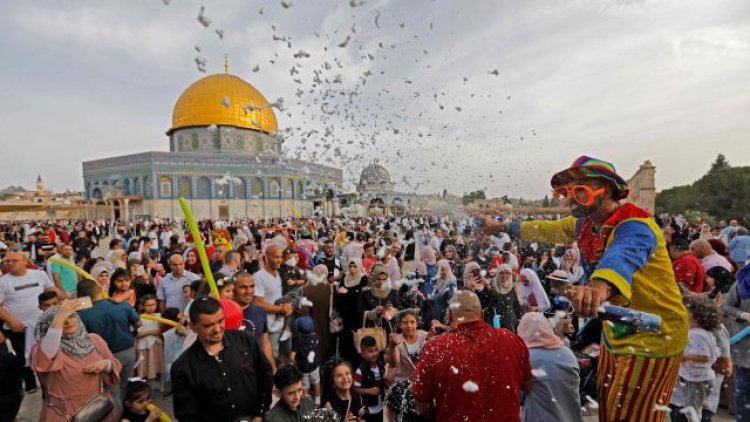 His announcement come after a crescent moon, which signifies the end of Ramadhan, was sighted in different parts of the country.

On the Coast, the moon was seen in Witu, Tchundwa, and Kipini in Lamu County.

"Three people have sighted the moon, they have been interrogated by a Kadhi in Lamu, who has confirmed the same. They are trustworthy people and we, as the committee, are convinced that the moon has been sighted," he stated.

"The Muslims in Kenya and East Africa to officially celebrate Idd-ul-Fitr on May 2," Chief Kadhi announced.

Sheikh Muhdhar and his committee members spent time analyzing reports of moon sightings in various parts of the country. They received phone calls from at least three faithful who confirmed seeing the moon before declaring Ramadhan over.

According to the announcement, Muslims will hold Eid prayers.

The government declared Tuesday a public holiday last week to allow Muslims to prepare for Idd-ul-Fitr celebrations. In an address to journalists at his office following Iftar dinner, Chief Kadhi urged Kenyans to live in peace.

Idd-ul-Fitr, or the Festival of Fast-breaking, is a major religious holiday celebrated by Muslims around the world that marks the end of Ramadan, the Islamic holy month of fasting.

Matiang'i Announces a Dusk to Dawn Curfew in Marsabit