CS Matiang'i at one time served as the Education CS before he was moved to head the Interior Ministry docket. 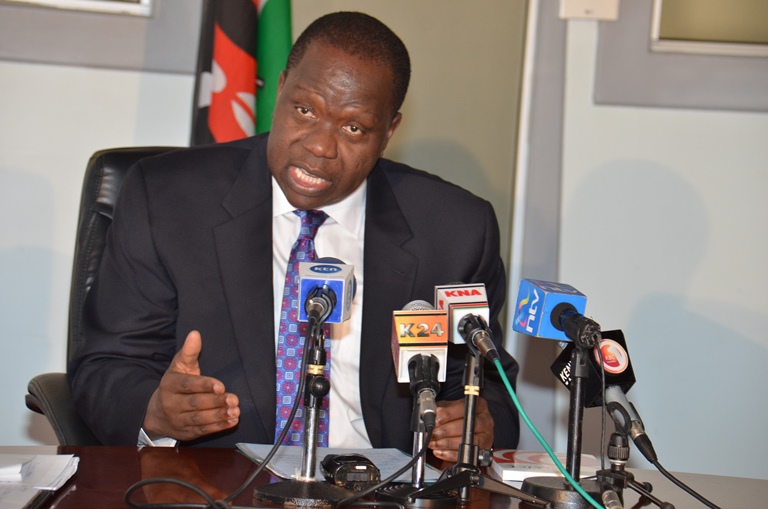 Interior Ministry docket boss Dr. Fred Matiang'i recently opened up on how he sometimes finds himself missing his tenure as the Education CS.

Speaking on Thursday (yesterday) at Njiiris High School in Murang’a County, Matiang'i stated how he enjoyed spending time with learners since he could see the nation's future through them.

"I sincerely sometimes miss my days as Education CS because I used to spend time in schools, enjoying the promise of our country and the future of our people," recalled Matiang'i.

Matiang'i promised Njiiris learners a unique and rare treatment of Sh0.5 million special supper. Further, he hinted at his plans to identify four deserving students from the school and support their education journey fully.

The CS was on a development inspection tour for the state projects currently ongoing at Murang'a County.

At the same time, the CS noted how the 'hustler narrative' was threatening national security. He stated that 2022 politics will not be entertained until time will have ripened for such.

He further added that Building Bridges Initiative (BBI) by President Kenyatta and Raila Odinga was aimed at benefiting Kenyans.

Ledgers and law in the blockchain