Julius Owino alias Juliani, a musician, and social justice advocate has responded to claims that he has been appointed as Director of Entertainment in the Azimio la Umoja One Kenya coalition. 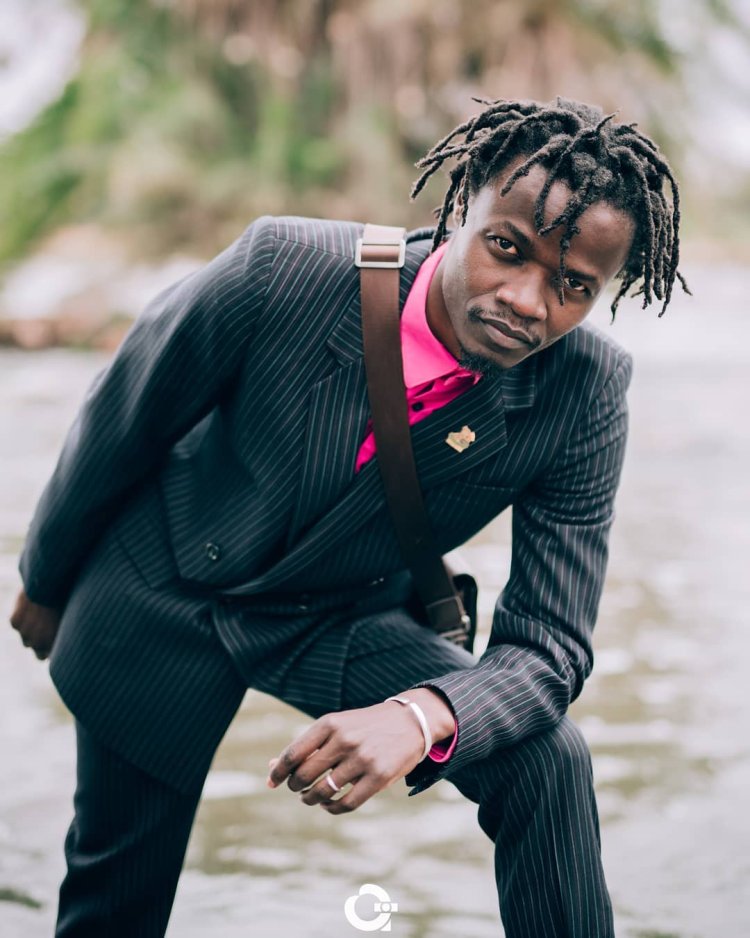 Juliani stated on his verified social media networks that he had not received any official communication regarding the alleged appointment and that, as of now, he is not employed or affiliated with any political formation.

I would like to clarify that this has not been communicated to me formally or otherwise. Therefore I would like to confirm that I am not employed or affiliated with any political party in Kenya or beyond,” read part of the statement.

In a letter addressed to his fans, Juliani cautioned the youths in Kenya to be aware of the politicians who use them for their selfish gain.

He also stated that he was open to working with any leaders who wanted to leverage his experience in advocacy and social enterprise programs. 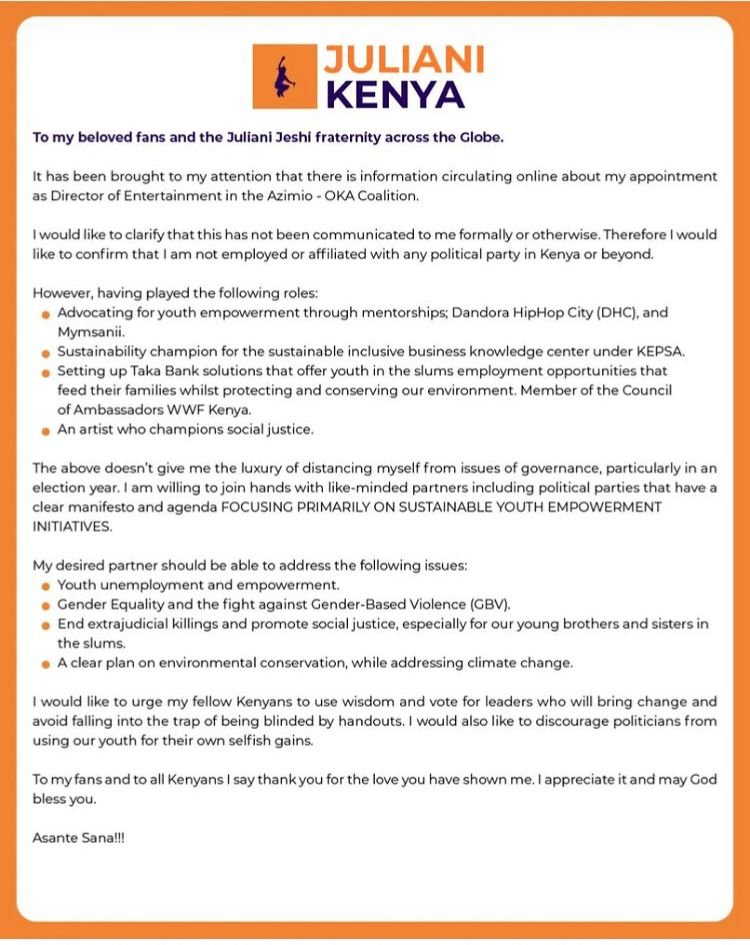 Mutua claims he made the decision after Azimio failed to make the coalition agreement signed with affiliate parties public, despite his threat to file a lawsuit.

Mutua has been complaining about 'mistrust' in President Uhuru Kenyatta's Azimio coalition and its presidential candidate Raila Odinga since last week. 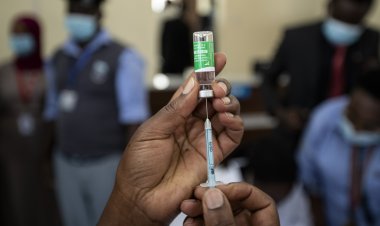 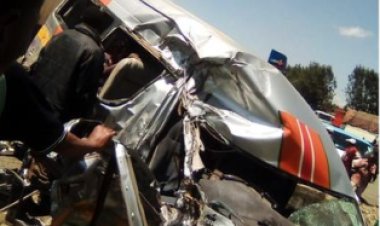 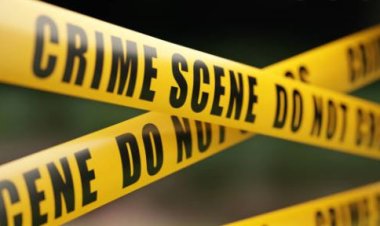