United States President Joe Biden has led the global in condemnation of an “absolutely outrageous” crackdown by the Myanmar Junta that killed more than 100 people over the weekend. 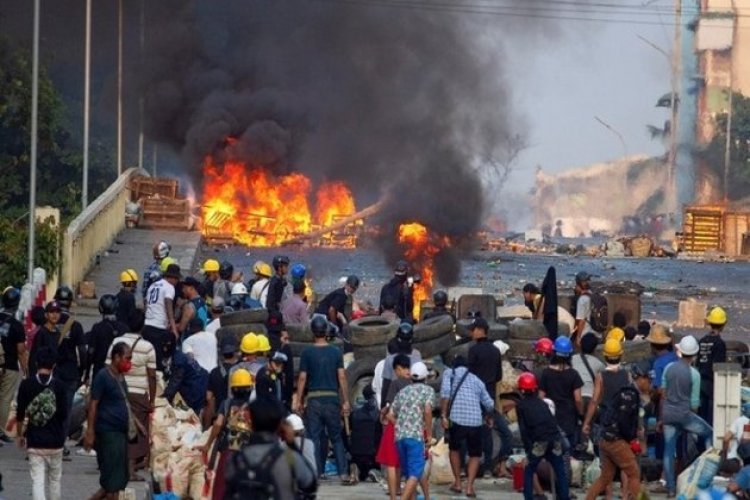 In Myanmar, soldiers and police have killed hundreds in a brutal campaign against mass anti-coup demonstrations demanding the restoration of democracy and the release of the detained civilian leader Aung San Suu Kyi.

On Saturday, March 27th, more than 107 people including children were killed according to the United Nations. This is after the regime staged a major show of might for the armed forces day.

“It’s absolutely outrageous and based on the reporting I’ve gotten, an awful lot of people have been killed totally unnecessarily,” Biden told reporters.

EU foreign policy Chief Joseph Borrell said the junta’s celebrations of the armed forces had been blighted by “a day of horror and shame”.

According to the Assistance Association for Political Prisoners (AAPP) monitoring group, 459 people have lost their lives in Myanmar since the start of the coup on February 1st.

However, Saturday was the deadliest day since the coup and AAPP said 13 more people were killed on Sunday.

Despite deadly violence during the weekend, hundreds have turned up in protests on Monday morning and paraded through the town of Plate, in the Mandalay region with banners saying “The people will never be defeated”.

Funerals of those killed over the weekend were conducted on Monday.

The UN envoys Alice Wairimu and Michelle Bachelet termed the actions by police and soldiers as “Shameful, cowardly and brutal”.

“The shameful, cowardly, brutal actions of the military and police –- who have been filmed shooting at protesters as they flee, and who have not even spared young children –- must be halted immediately,” they said.