However, the Premier League champions' win was overshadowed by an injury to Wolves' goalkeeper Rui Patricio.

Diogo Jota returned to the Molineux Stadium to haunt his former club as he scored the winner in Liverpool's 1-0 victory on Monday, March 15.

However, the Premier League champions' win was overshadowed by an injury to Wolves' goalkeeper Rui Patricio.

Jota scored the decisive goal in first-half stoppage time with a near-post effort which goalkeeper Patricio got a hand to but was unable to keep out.

Mohamed Salah could have secured Liverpool's win had his late effort not been ruled out for offside, but that proved fruitless after Patricio sustained a late head injury which delayed proceedings by 15 minutes before he was carried from the field on a stretcher. 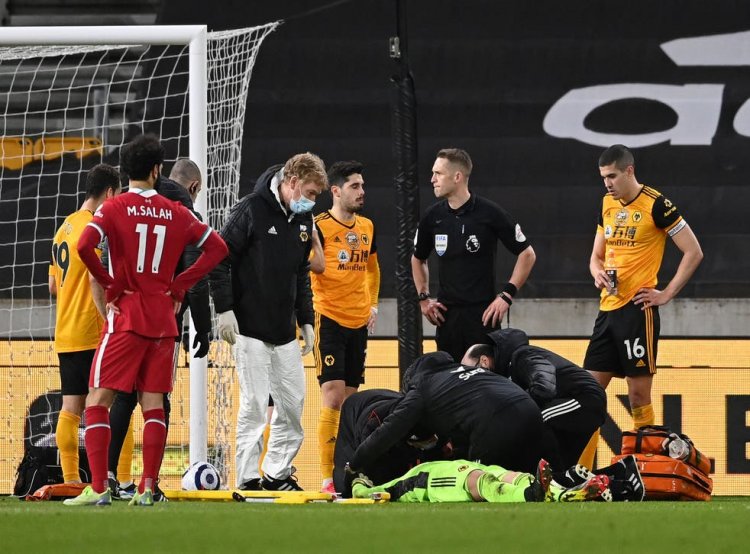 Liverpool withstood a late Wolves battle-back when the game eventually resumed to climb up to sixth in the table after only their second Premier League win in eight games, but the win was put to one side as thoughts turned to Patricio's wellbeing.

Defender Romain Saiss however believed that they should have been awarded a penalty when Nelson Semedo was brought down by Alisson Becker. The Wolves right-back had attempted to poke the ball home after the Liverpool goalkeeper dropped a cross from Adama Traore.

But Alisson appeared to barge him straight to the floor, only for referee Craig Pawson to tell him to get up again.

"I think the referee lost a bit the control of the game in the second half but we have to do more to score goals," he commented on the referee's decision after the game.

Hertha Berlin 4-3 Liverpool: The Reds Punished in a Friendly...

Real Madrid 3-1 Liverpool: History Repeats Itself in the...

Change of Guard: Cameroon appoints Rigobert Song As The...