Sifuna:ODM Is Working On Alliance That Will Shake Kenya

Orange Democratic Movement(ODM) has vowed to form a new political alliance that will shake the nation. 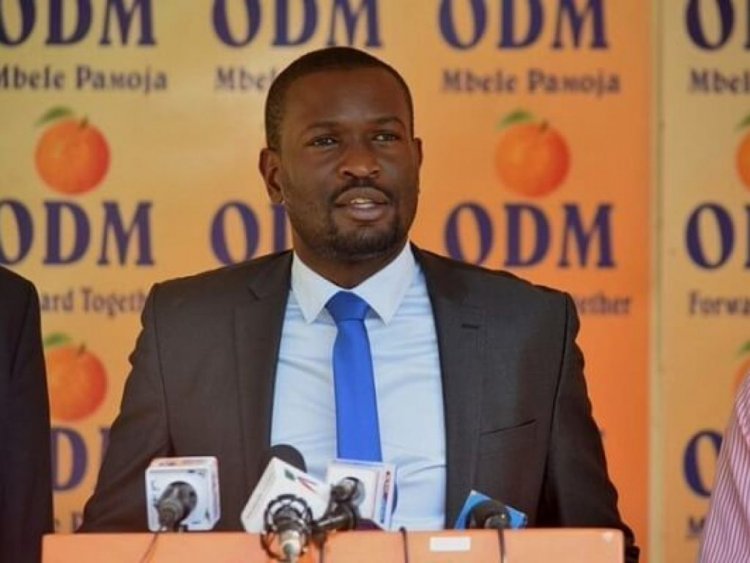 In a statement on Thursday, party Secretary General Edwin Sifuna said that the new outfit will be unveiled after the BBI referendum. The allianceODM is working on will be fresh, vibrant, and packed with men and women who can stand on their own and give birth to a new nation.

Edwin Sifuna said talks are at an advanced stage for a political outfit that will rock the political sphere in Kenya and that the new alliance will have younger and fresh blood with clear ideological positions on the issues of the country.

Responding to Kalonzo Musyoka, Gideon Moi, Moses Wetangula and Musalia Mudavadi who launched the One Kenya Alliance Sifuna termed them as a tribal grouping cashing in on other people`s sweat.

He further added that ODM is done with the fading breed of tribal politicians whose singular focus have been on what they can extract from them and from the country and is now focused on an alliance that adds to the national discourse and not what it gets, a coalition that adds not takes away from us. 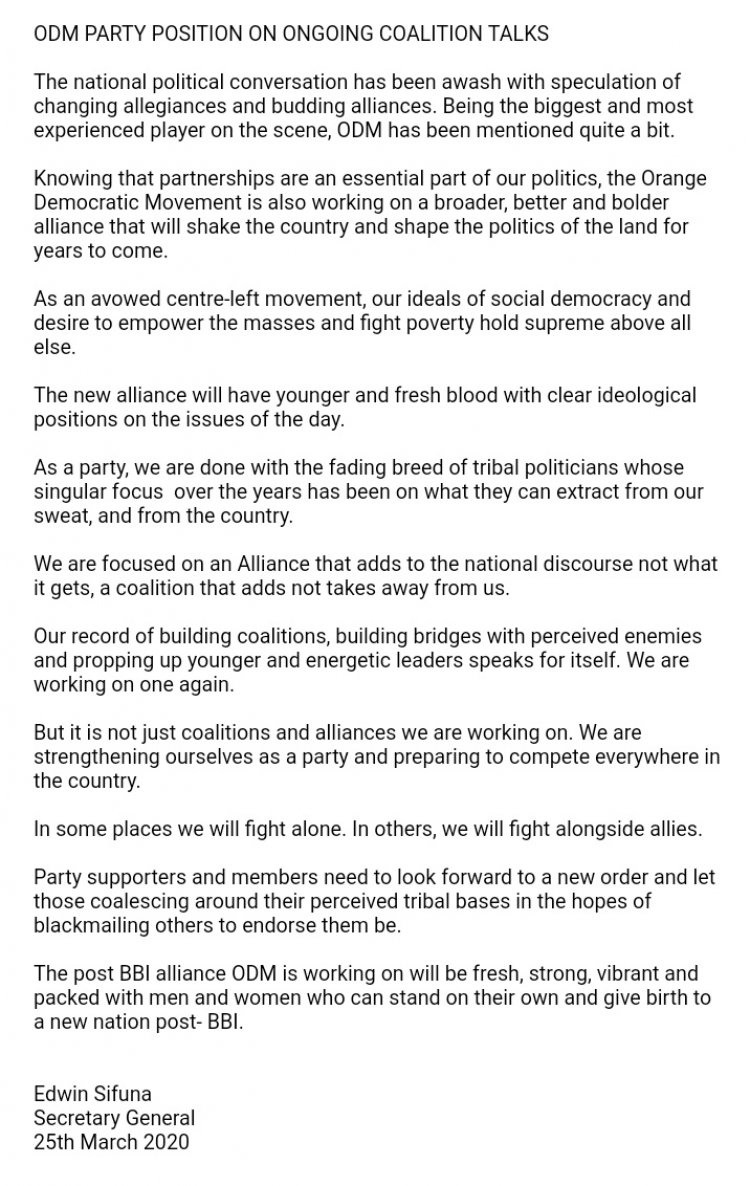 IEBC Partners With KNQA to Tame Politicians With Fake Academic...