Transport Cartels Sneaking Kenyans Out Of Counties Locked Down Exposed

In his 15th state address, President Kenyatta announced movement cessation in and out of Machakos, Nairobi, Kajiado, Kiambu, and Nakuru counties over alleged increased Covid-19 infections. 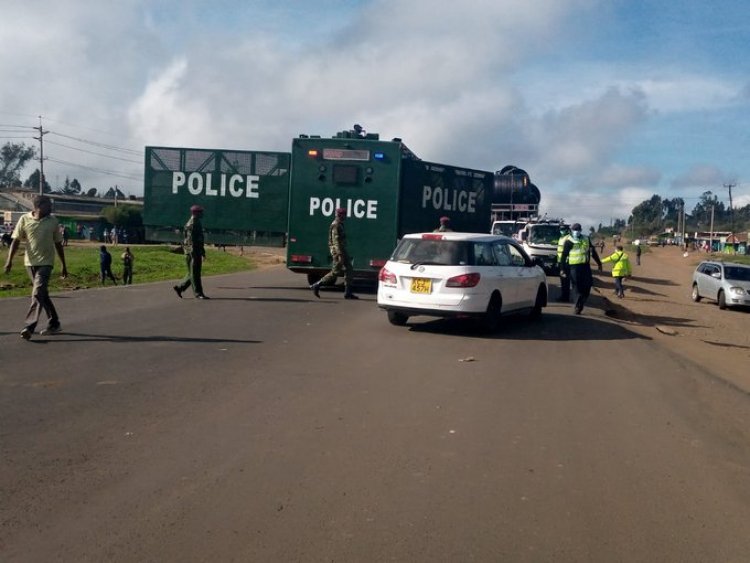 Police officers man a border during a past lockdown. [Photo/ File]

With the ongoing movement ban in and out of Kiambu, Nakuru, Machakos, Kajiado, and Nairobi, cartels sneaking Kenyans out of the locked areas have emerged.

The cartels are reportedly run by mighty business gurus who are charging between Ksh5,000 and Ksh6,000 to ferry people to Malaba, Homabay, Busia, Kakamega, etc, using private means.

The stated charges are over 200% of the normal charges of Ksh2,000 travelers have to part with for public service means and on normal occasions.

Sources by traffic coordinators reveal that some drivers were using illegal routes to avoid road blocs, while others were bribing police officers manning the border locks.

Some Kenyans were lamenting how it was hard to continue living in town with the ongoing lockdown, hence choosing to sneak away from town.

Kenya National Highways Authority (KeNHA) has reported an increased fleet of private cars since the lockdown was announced.

Addressing the nation towards the end of March, President Kenyatta pinpointed five counties that he termed as the pandemic's hotspot. He directed that movement in and out of such areas be suspended until further notice.

Speaking after days after announcing the partial lockdown, Kenyatta added that the situation will only be revised once the infection rate decreases to a 5% positivity rate.

Senior Counsel Ngatia Speaks About His Qualifications For...