Photos seen by Bright Kenya News showed a concrete mixer truck that had overturned at Wangari Maathai Road next to Shell Petrol Station around the Pangani area. 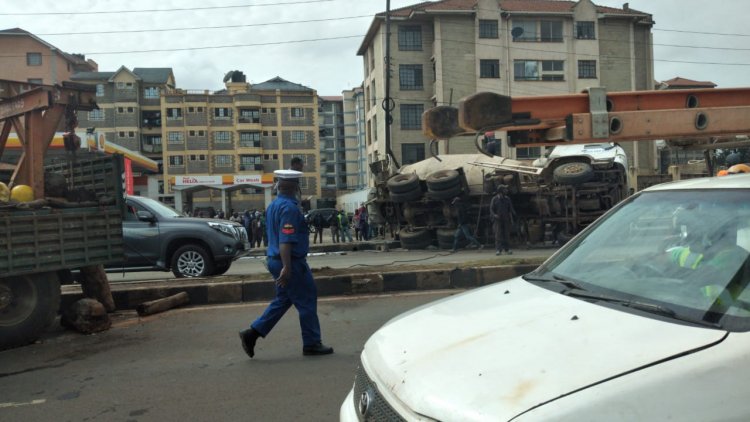 A truck is said to have overturned along Thika Road in Nairobi on Friday morning, February 12, resulting in a lengthy traffic jam for vehicles heading to the CBD.

Photos seen by Bright Kenya News showed a concrete mixer truck that had overturned at Wangari Maathai Road next to Shell Petrol Station around the Pangani area.

Traffic along the Thika Superhighway as well as Kiambu and Forest Roads has also been affected, with the entry to Forest Road closed and motorists advised to use alternative routes. 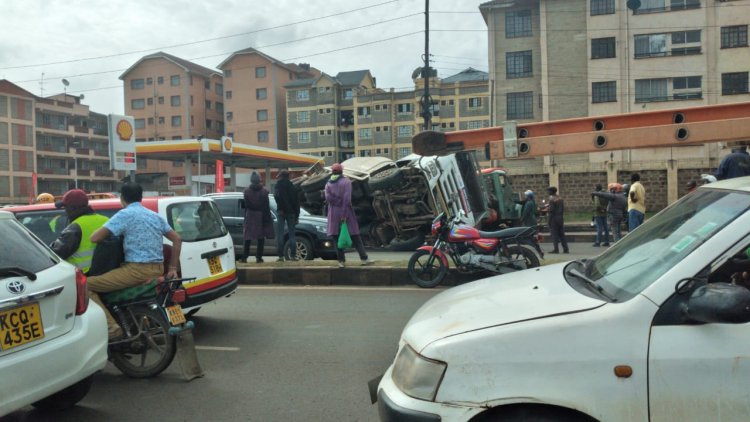 The ripple effect saw traffic extend to as far as Githurai 45 and even affected passengers commuting to the opposite direction as there were no available vehicles.

Traffic Police Officers have responded to incessant calls by commuters and motorists but the progress is still very low.

Motorists from Roysambu heading to town through Ngara have also been affected with most of them bashing the slow progress from the National Transport and Safety Authority (NTSA) and the Kenya Traffic Police.

Other affected users included those at TRM and Roasters, with their efforts to trace alternative routes failing.

Traffic managers have in the past warned that any obstruction affecting access to the Pangani tunnel, especially during peak hours, is bound to freeze traffic on the entire superhighway.

The cause of the accident remains unclear. 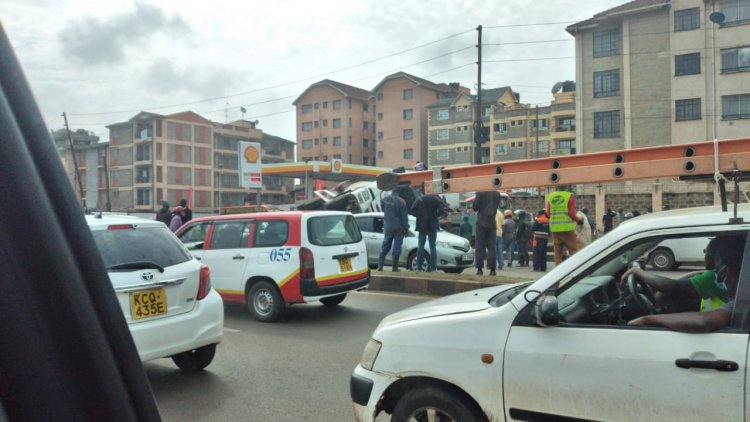