Jubilee Party has resolved to dissolve its partial pre-election coalition with PDR Party which recently rebranded to UDA. This will end any other agreement existing with PDR/UDA. 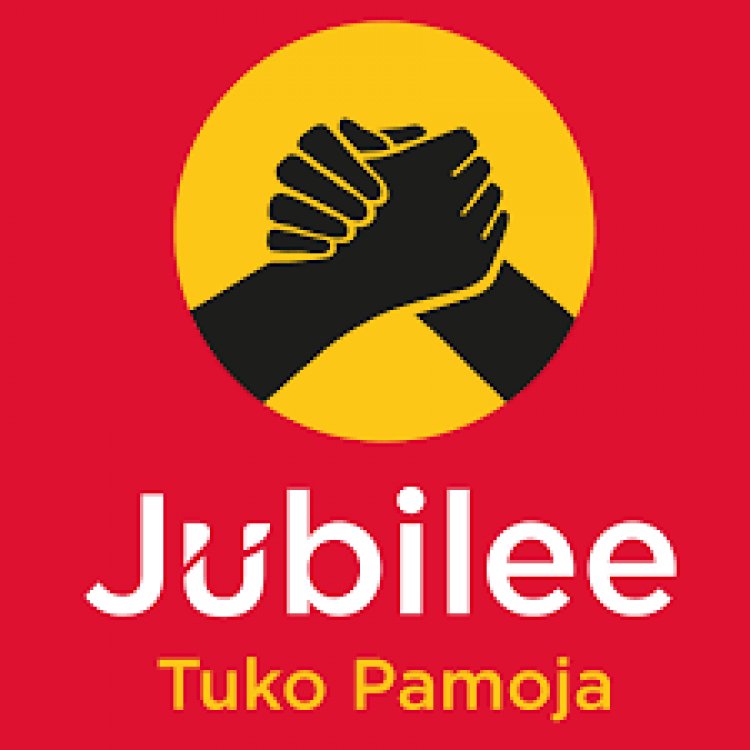 In a statement released on Tuesday 20th, the ruling party Jubilee said it has resolved to end the partial coalition agreement with the PDR party which recently rebranded to UDA.

The UDA party is associated with Deputy President William Ruto which many say he will be using to run for the presidency come 2022.

UDA Party is led by former Machakos Senator Muthama as the Chairman. 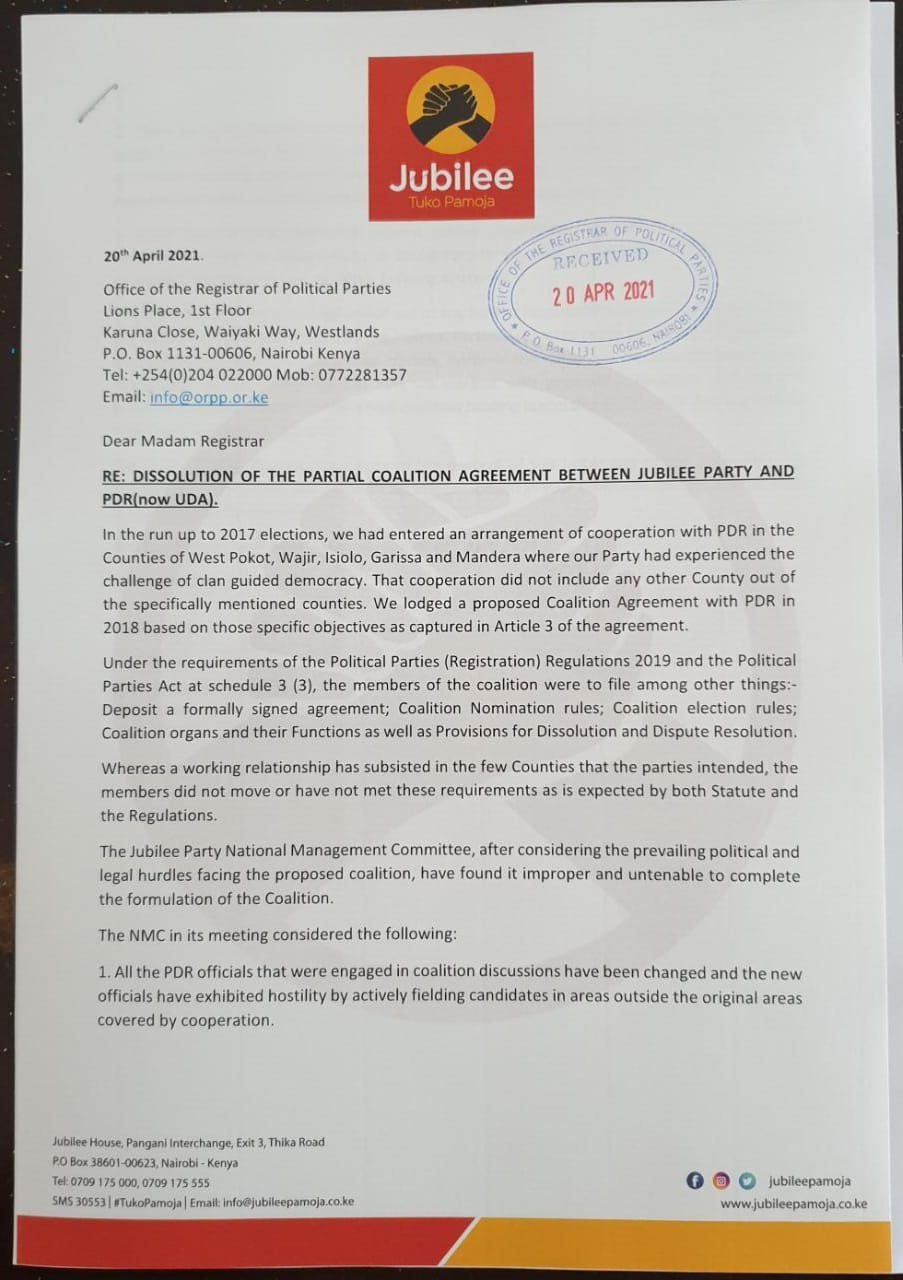 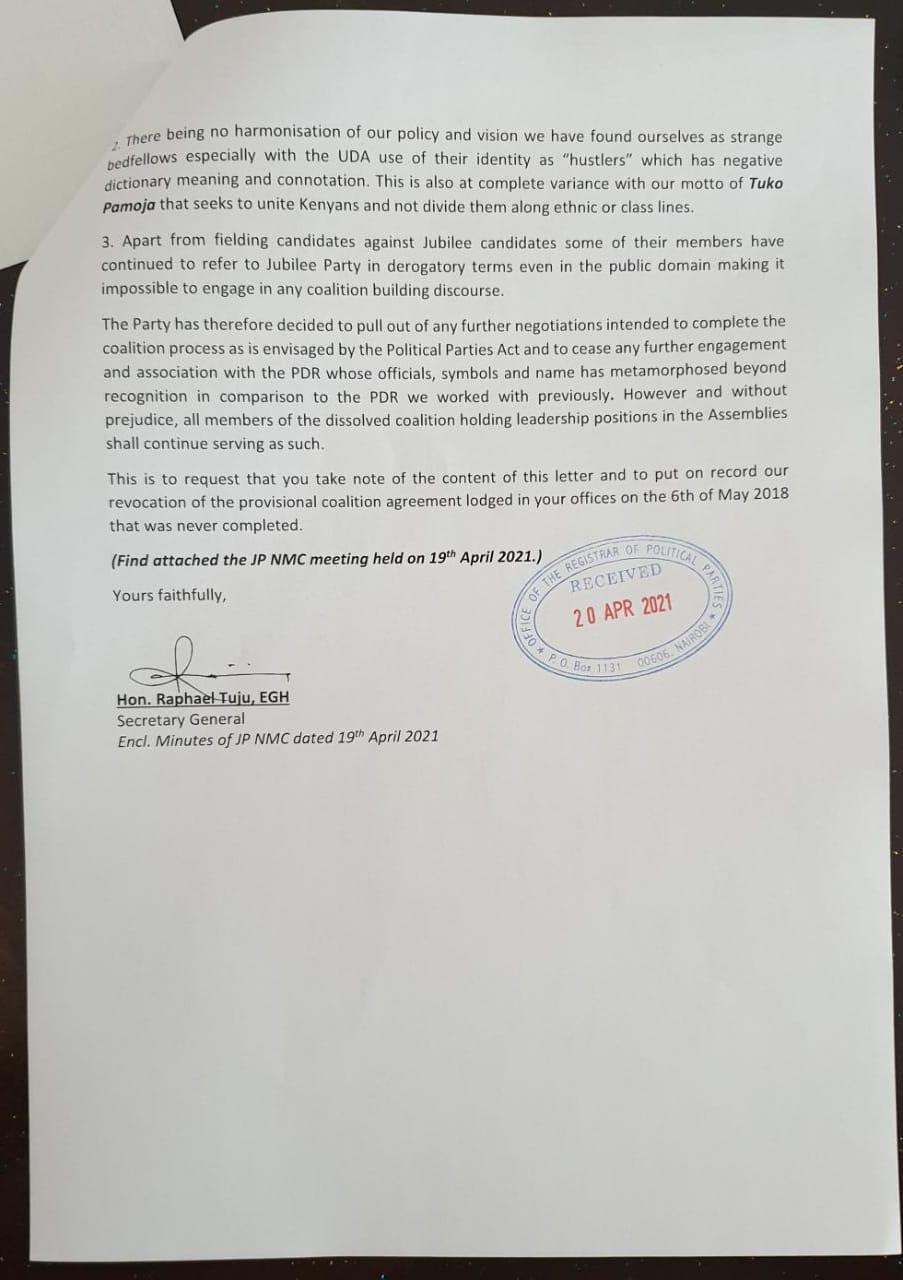 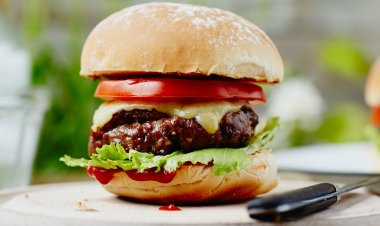