The stadium together with other projects nationwide is set for launching by President Kenyatta starting October 2021. 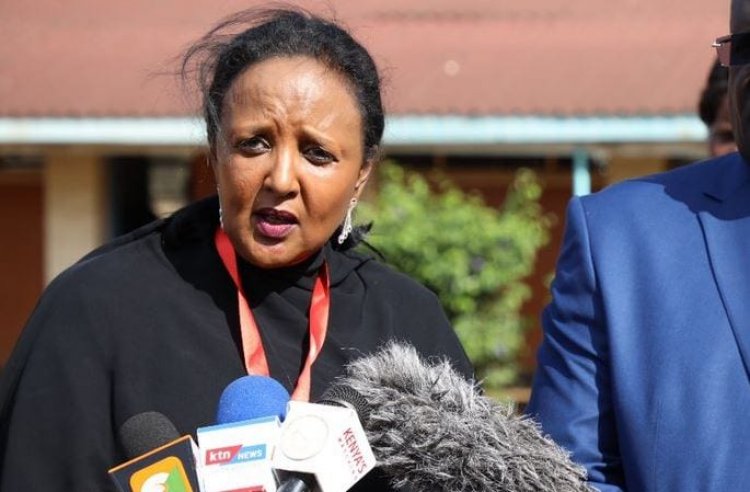 The Cabinet Secretary [CS] for Sports Ms. Amina Mohamed on Tuesday sent parking the contractor who had been tasked with constructing Wote stadium in Makueni county.

Justifying her decision, Ms. Amina noted that the Sh350 million project had stalled for months, evidence that the contractor was doing nothing.

In the company of her Labour counterpart Simon Chelugui and the Sports Kenya Chair Fred Muteti, the CS expressed her dissatisfaction with the contractor who never delivered the job on time and as expected.

"I was here in June 2020... The contractor has always promised to achieve completion in the given timeline but it has never worked," state CS Amina during her Tuesday's inspection tour.

Ms. Amina stated that the termination was agreed upon through consultation from various parties. In June 2020, Ms. Amina admitted that the project had stalled due to lack of funds but the work would resume soon since the issue had been solved.

The CS added that the contractor pledged to deliver the project as soon as possible, with the president set to launch it officially in October this year.

The stadium's Foundation stone was laid on May 27, 2017, by Deputy President William Ruto. It was expected that upon completion, the facility would serve between 15,000 to 20,000 occupants at a go.

Tokyo Olympics 2020: Fans Banned from Crowding at the Marathon...

THE 5 RACERS FOR THE LANE JOB

Marouane Fellaini reveals he CRIED when David Moyes was...