Odinga stated that he was not ready to endorse anyone, since 'they' ran from him when he needed them. 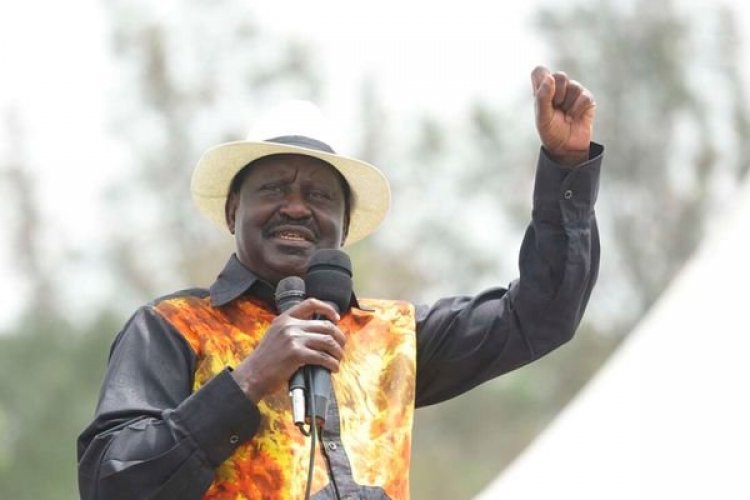 The Orange Democratic Movement (ODM) party leader Raila Odinga on Saturday (today) clarified that he had no political debt with anyone.

Odinga was speaking in response to a request by the Amani National Congress (ANC) leader Musalia Mudavadi for Raila to back either Mudavadi, or Wiper leader Kalonzo Musyoka, or Ford-Kenya leader Moses Wetangula for the 2022 race.

The trio (Kalonzo, Wetangula, and Mudavadi) last week stated that they had invested so much in Raila Odinga, and therefore this was Raila's best time to pay them back.

Seconding the remarks by Kalonzo and the rest, Baringo Senator Gideon Moi also observed that Raila should consider allowing someone to take over since his political bullets were running out.

Speaking today at Homabay, Raila stated that he had no political debt with anyone, further pointing an accusing finger at his ex-Nasa co-principals who deserted him when he needed them more.

"...when I decided to be sworn-in. I was looking around for them but none could be found," stated Raila citing his January 2018 mock swearing-in which Kalonzo, Mudavadi, and Wetangula skipped.

Raila stood his ground that he won't pass the mantle to anyone, wondering why they needed him now, yet they left him at his hour of need.

The four Raila, Kalonzo, Wetangula, and Mudavadi had joined hands in 2017 through the National Super Alliance (Nasa) coalition, hoping to beat Jubilee in the then-presidential race.

Although Raila did not clarify whether he will be racing for the presidency, he stated that when time falls due, he will decide on who will carry the ODM flag.

On the Building Bridges Initiative (BBI) exercise, Raila expressed his optimism that by Tuesday next week (February 24), the Bill will have amassed the support required for it to sail to the next phase.

BBI requires at least 24 out of the 47 counties to support it before it is passed to the parliament for approval that will see the 2010 Constitution amended.

Raila called upon the Nyanza national assembly legislators to support the document as the Ward Representatives did.